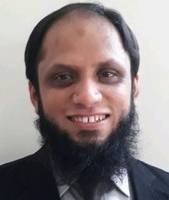 I have two decades of experience doing software development for startups and enterprises. I can build products from the grounds up and organically grow the technical team as the startup scales.

I can work closely with visionary founders and product managers to transform high level ideas into a practical development plan and then execute it.

It is important to view knowledge as sort of a semantic tree -- make sure you understand the fundamental principles, i.e. the trunk and big branches, before you get into the leaves/details or there is nothing for them to hang on to. - Elon Musk

mplemented highly scalable backend servers for mobile games on Google Cloud and AWS. Delivered a websocket based module for in-game chat between players using Java Play Framework. Maintained python based backend servers for mobile games on Google App Engine. Worked out of Tokyo with international team of DeNA Japan and DeNA Studios Canada. Led the design and implementation of the Bingo module for user engagement. Worked on discussion board, IAP security and several other areas.