Would you choose a cofounder who’s older than 40 and has children?

Hear me out here. I know there are plenty of benefits of joining forces with an older cofounder (experience, more connections, etc.). That being said, there is a real, extremely prevalent assumption in that startup world that older founders, especially older founders with children, will not be able dedicate the same amount of time to a startup as, say, an unmarried 28-year-old would be able to. This sentiment exists. My question is: Is it warranted, or should it be ignored?

I am both amused and appalled by this question. Building a business is not about age, it is about ideas, intellect, experience. and execution. That you asked it makes me question if you have the maturity to actually build a business. It is nearly as silly as asking if you should not choose a female cofounder because she may want children. 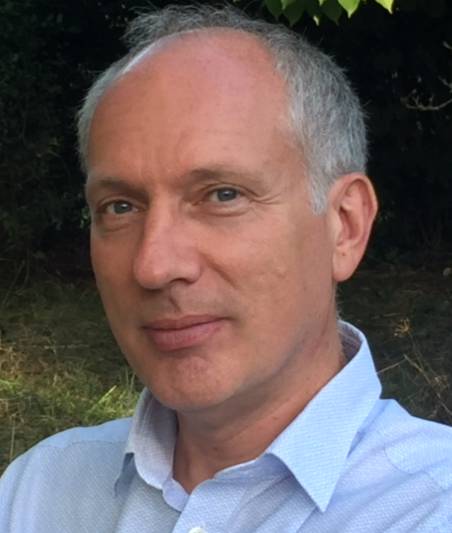 Are you bl*^dy kidding me Yana!? I am 48/married, ok no chidlren but do have "grown up" responsibilities. I am currently working my ass of on 2 businesses; one is established and the other a fresh startup about to go into beta. Totally lost track of number of hrs. But when i wake 5am i am thinking about the new biz. When my head hits the pillow at 10pm i am still in biz thinking mode.

Over the years i have tried to work with a few people in 20's and 30's who happened to be single/childless... and quite frankly some of those individuals contributions were pathetic. Total snowflakes. No idea of commitment or idea of working up a sweat. Never available. Total 9-5ers. And some totally unable to think for themselves. But for evenness i have found the same in a few older people too.

I am seeing a few patterns on these forums and it concerns me. There are entrepreneurs who are born and bred and totally get what it takes. Their biggest asset is lateral thinking, they know how to answer things themselves and just get on with it. And then there are people who like the idea of a startup but sadly just do not have what it takes - they want it all but don't want to put in the effort and want to get others to answer every single minute question for them.

if you are in the first group then please please please do lots of dating with cofounders before you take them on and agree to work together. Carefully look for the traits that suggest you are about to get into bed with a snowflake. If you are a true entreprenuer then you should be able to spot another. And they may be 21 or they may be 91 yrs old with 6 grand-children.

It depends on the person. Kevin 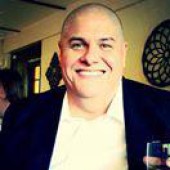 Despite the outrage from others this is a valid question even if it should not be in a perfect world. I think the assumptions in the startup world are totally wrong. AlAll of the FANG company founders are way over 40 or are nearly there and not sure if all have children but most do. Are they any less valuable? No, but Silicon Valley makes exceptions for them. It is wrong it is reality and this is why it is a valid concern.

I feel that the decision requires a case by case answer. If your startup needs a PhD level founder for example it is not unreasonable at all. Perhaps, the audience is older and you need that experience. Perhaps they bring contacts or other resources such as customers from their network. On these and other situations, their age can be explained easily and can be a bigger asset.

Having acknowledged the validity of your concern, I do have food for thought for you...iyou...it is people like you that ask these questions and bow to the establishment that keep the vias alive and that is a shame. Of course our fiduciary is to your startup so you must do whatever is legally acceptable and needed. Yes, age disddiscdidiscrimination is illegal but it is vastly unenforced.

Follow your heart and best judgement and if you can find the courage to break the discrimination by choosing the person you are conconsidering.

I really hope being 'older' and married with children is not a detriment to founding or running a business, because I am that guy! I'm glad to see a lot of people don't feel that way. When you see all the news headlines of 20 some year old founder billionaire's it does seem you have to be young without family responsibilities to be successful. But my guess is those are a small minority of the people who found or run successful businesses.

It's important to keep in mind that results are what matters, not the number of hours that it takes to achieve those results. That said, a co-founder should be able to dedicate enough hours to achieve the necessary results.

A startup or a small business is a FAMILY. IMO, you don't seem to understand that. People work for small companies, particularly as a co-founder, because they don't want to be a number on some HR person's computer screen. To even suggest that someone over 40 with children is not worthy of consideration, well... damn, woman, u serious?

Bottom line... As someone else also pointed out, if your organization is so very immature that this question is even considered, you probably should not hire anyone who is not in your own age group, same gender, same religion, same sexual orientation, same race, same hair color, uses the same shampoo, shops in the same stores, watches the same tv shows, or drives at the same exact speed as the rest of your team.

Lets flip your question on it's head Yana...

"Hear me out here. I know there are plenty of benefits of joining forces with a younger cofounder (enthusiasm, energy, etc.). That being said, there is a real, extremely prevalent assumption in that startup world that younger founders, especially younger founders with little work experience and with desires for late night partying and drinking, etc will not be able to dedicate the same amount of time and worldly-knowledge to a startup as, say, an older 48-year-old with lots of maturity and life-experience would be able to. This sentiment exists. My question is: Is it warranted, or should it be ignored?"

Lauren Schlicht Start-up Veteran WIll take you to Market

I did my first start p in my 20's and put it all my waking hours. As stated below there is a difference between quantity and quality.

After 5 startups (a couple IPOs), and a believer in the 80/20 rule, I know that most of what people do is not moving the company forward. In consulting with several startup in the last few years, I find that the 20 somethings have the energy to go off and do everything, and usually don't take the time to ask if it really has to be done. And yes at my age I won't be working any more 60-70 hour weeks, but I can assure you that experience allows me to make as much a contribution as those working all out. Not to mention I have more VC's in my roladex (oops, am I dating myself?!?)

As a matter of fact, I did exactly that last week (in fact, this co-founder is older than 50), and so far it really pays off - might be the best co-founder I've ever had. Also, a couple of years ago I joined a startup, whose founder was almost 50 with 3 kids, and he dedicated not just his whole time to the project, but also significant amounts of money.

Yes, it's probably true that older people, especially with children, are less likely to WANT to be entrepreneurs, because they have other goals and priorities, but those who still do are likely to be even more dedicated than young people, because by that age all the non-dedicated have been filtered off and went to different directions.