Will the first successful implementation of VR be on PC, Mobile, or Console?

As someone who is working on VR, I see the incredible potential the platform offers -- but even though there is not a consumer grade VR product available, the market is already starting to fragment like crazy. We have Sony, Facebook, Samsung, Valve/HTC all producing VR products. Which product and which platform would/are you guys developing for, and why?

@Chris,
"I'm assuming you mean 3D VR. In that case, I think the successful implementations will be PC and console, but not mobile. The power required to drive the head unit generally excludes mobile devices"
Gear VR is a Galaxy Note put in front of your eyes. As a matter of fact, some mobile devices can display incredible detailed graphics. The thing is, they can't be put to work under these conditions frequently due to heat and the effects on the hardware itself and the battery. Point is, don't underestimate the computational power of mobile.
Also Google Cardboard is a great example of the current VR graphics capabilities mobiles devices can offer.
Cheers!

there already ARE successful VR products....you really are asking about CONSUMER VR...and there the power of the desktop wins hands down 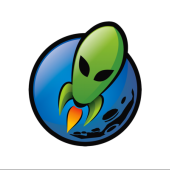 We are developing for PC which will always lead the charge in capabilities and visual fidelity, and for mobile which is where most growth will come from for consumer VR.

The specific device doesn't matter, most are based on similar tech specs, while many might have their own API, the workflow (e.g. unity)  and output (e.g webgl) are often the same.  I have used the Occulus so far, but the screen door and the lack of lateral head tracking were deal killers for me as I'm doing a text heavy app.

Despite the years in dev, this is still pretty early in the lifecycle of the ecosystem and many of those players will not be there in 5 years if it standardizes, or we can expect way more as the device might be just a specialized feature of a smartphone. As well some of the problems of low latency x high field of view x high resolution  are hard, so higher fidelity will likely still be PC based.   That said a good VR experience doesn't have to equal to reality.

Andy,
If we were to spend our tight resources to deploy for VR, it would be for Oculus given that it is the most popular one and is the closest to market. Deploying for Oculus includes Gear VR, which might give us a broader market.
Regarding others, Sony is Sony so we'll ave to wait for when it comes available. It appears that the HTC/Valve platform is promising, however it will be more expensive solution (i.e. lower early adopters), so again, it might be wise to wait how it will be as a final product.
Exciting times!
Cheers.

I'd go for the HoloLens or the Vive.

Valve has the immersive worlds gaming down pat

Before responding to the question, we need to agree on definitions...
VR = Virtual Reality; aka, 100% rendered and nothing real
AR = Augmented Reality; aka, something rendered "over" something real
2D = flat
2.5D = implied depth via sizing/shading/etc.; aka, most FPS, MMO, and similar games
3D = true depth via stereopics, blue/red color shifts, etc.
Using those definitions, successful consumer 2D and 2.5D VR has been available on PCs for 20+ years and on consoles for more than 10 years.  Microsoft Flight Simulator, dating back to 1980 or so, is an early example, while Second Life, World of Warcraft, and many First-Person Shooter games are more recent examples.
So, I'm assuming you mean 3D VR.  In that case, I think the successful implementations will be PC and console, but not mobile.  The power required to drive the head unit generally excludes mobile devices and, because it's VR and not AR, there's no problem with tethering the user to a box during use; since the user can't see the real world, s/he isn't going to be mobile anyway.
Google Glass, Microsoft HoloLens, and other AR devices may eventually become popular, but for AR usage, not VR.  Think mobile HUD, not VR gaming.  And that will probably be 2D and 2.5D AR, not 3D AR, since the optics for 3D would make it hard to see the "real world" at the same time.

Valve has the best fullbody VR outside of a limited sitting area.
Occulus is aiming for best sitting down head body moving in chair.
HoloLens is best AR as far as I know.
Eventually things will converge, and devices won't be so constrained to AR/VR, sitting/moving in a certain room, vs the world, any more than a smartphone/camera/gps is limited.

Dmitri
I would completely distinguish between the b2B and the B2C space.  Mobile Tech, Highend graphics, immersive gameplay and CGI are but 4 areas that show the way of how this might work.

Remember that Microsoft's PocketPC platform was quite successful in the late 1990s early 2000's in enabling things like industrial warehouse scanners, UPS package delivery tracking etc.  In some ways that success hampered MSFT in building a better consumer device, and Apple capitalized on all the tech that MSFT and others in the B2B space had pushed through before launching the iPhone.

High end and immersive graphics came out of Silicon Graphics (SGI) and the graphics language OpenGL came out of their proprietary IRIS GL.    These graphics were originally being used in high end B2B scenarios (Tectronix, DEC engineering wkstas, Evans & Sutherland and Singer Link flight simulations,  SGI's immersive CAVEs).   this then moved to more "affordable"  SUN workstations used still in B2B for CAD design... and eventually the push into making PCs be "workstation capable"  some 15 years ago.

And from there you saw some early very specific B2C scenarios.  there were "LAN Gaming"  shops that opened up all over the place in the early 2000s.    These were places where very expensive gaming machines  ($4k each) would get connected via expensive "high speed" lans (100 mbit Ethernet)

And you ran a limited number of games..  And in 3-4 years this technology had commoditized enough that my sons and their friends all pitched in to buy an 8 port hub so that they could do their own "LAN Parties"

In this current round, I see Vive positioned the most strongly to start entering the B2C space, though FB with Occulus is going to be interesting as well.   Why?   Because Vive has Valve behind it, ie it has the potential for content:   Portal 3D, Half Life 3D the Reboot,  etc.   And those would be aimed at that "LAN Party Play"

I don't count out FB because of its extremely deep pockets and we will see what the announcements at F8 bring us.

But these are going to be fairly limited in B2C application for a while.

HoloLens - precisely because it is AR, and because it IS initially tethered, is likely to do what Glass was hyped to do.   You won't get "HoloHoles" as you did with Glass because they ARE tethered.  So you will see them used in a variety of things that are high end... things like say the high end Jaguar (MSFT has a strong alliance with FORD) having a HoloLens that plugs into the onboard systems and does navigation, as well as driver safety.

and I could see setting up a "HOLOLens Deck Gaming" shop:

rent out a warehouse - like an less used Indoor soccer arena or such,  have backpacks that are carrying an AlienWare 15 laptop with an external Batter http://lifehacker.com/five-best-external-battery-packs-509802431  a tethered HoloLens or Vive  (Vive will be tethered according to everyone who I've heard discussing it who saw the device in person)  and an AR marked "weapon".

You can now run an immersive MIRPG (Multiplayer Immersive RPG).   Imagine doing the HalfLife 2, but in VR - where the immersive environment is with you and you and up to 10 friends can run through an interactive session.   Or better yet, do a variant that intermixes Laser Tag/paintball into the mix.   where one side is the protagonist in HalfLife, and the other side is some nefarious secret organization who has a goal hostile to your team... or just immersive Dungeons and Dragons.

Now this will be limited in its market appeal but it will have some.  and that in turn will drive the experience more and more into the consumer space

but this is an evolutionary process because the hardware is currently still quite cumbersome.  HoloLens is the closest to being "daily wear"