Why not call it Oriented Creative Process instead of Design Thinking?

Every time Design Thinking is mentioned or discussed you can be sure to get either applauses or reluctancy from the designers big family. A common criticism is that "thinking" has been abducted from "design" hence from designers. No need to argue, we think it's a pure semantic issue. Forget about design, let's call it Oriented Creative Process. There's two mandatory premises when using Design Thinking: diversity and collaboration. Even if you are a designer, a good one at least, it is more than likely that you also are a design thinker. Being a design thinker doesn't qualify you as designer, though. Design Thinking methods and methodologies are about learning how to lead the creative process from [now] virtually any kind of problem to a fresh/innovative/ethical/sustainable solution.
Am I wrong? 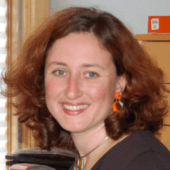 @Fernando that's interesting about the offense point. I'm not sure I've noticed that. I think what I have noticed is that as you pointed out, having design in the name is a double edged sword. On one hand, it's great because it implies that something is going to be thoughtfully crafted to be good in some way(i.e. designed). On the other hand, it implies that any designer is a design thinker which is not the case.  You write, "Even if you are a designer, a good one at least, it is more than likely that you also are a design thinker."
I actually think if you are a designer, it is more than likely you are not a strong design thinker. The third core principle of design thinking in addition to collaboration and diversity which I think is the key to the whole thing is user research. Design Thinking starts with a foundation of needfinding user research which most people do wrong and then proceeds to integrate user research through experimentation and testing throughout multiple cycles of iteration.  We have found that it is very rare to find a designer who does this effectively AND it's hard at first to distinguish the wheat from the chaff.  When hiring people, we have to do a full test engagement with someone before we can really understand if they are strong practitioners of the design thinking process or just something they say they believe in and sorta do (but not in a very effective or thoughtful way because they either are new to it or don't totally get it). The part that I think is hardest for people to do effectively is the user research and subsequent analysis. This could be one thing that is wrong with the term Design Thinking as it doesn't imply anything about users anywhere in there. 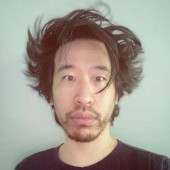 @Fernando: I guess the biggest reason is "branding" versus "precision." Even if "oriented creative process" is more precise, "design thinking" already has a history and a "brand" to it, associated with the consultancy IDEO and the Stanford d.school. I'm ambivalent about the term myself, but I can't deny it's brilliance as verbal branding. The "design" part gives it a mystique and creative cachet, while the "thinking" part makes it acceptable to academic and boardroom executives.
@Pedro: that is interesting that you consider "building" different from "creativity." I always equated them, or at least I think of creativity as a necessary input in the process building a new product or service.

@Lee-Sean: I agree, of course. Design history shouldn't be forgotten. The thing is the majority of designers born before the eighties seem to constantly misunderstand what DT is or worst perceive it as something stolen from them. My point is that we wouldn't have this denying attitude if DT was named diferently. This is something I have observed even in my academic milieu.

@Pedro: For me, creativity is way far away from just having ideas. In fact, DT mixes creativity processes, design methodologies and even psychological tools.

I teach design thinking at the Stanford d.school and follow the design thinking process for all the work we do at our agency. I define Design Thinking as a process for problem solving that leads to really innovative solutions. You can follow all kinds of processes for problem solving and do all kinds of things to be innovative. The key thing about design thinking is that the process is replicable. This means that when we are faced with a problem to solve at our agency, we know that if we follow the process, we are able to guarantee innovative results. It is the only process we have found that guarantees this kind of replicability so that we can confidently sell our services.  I think you need to be creative to be really successful with design thinking, but I think that by following the process over time you become more creative...because it is designed to stimulate creativity.  DT is not new. It has been around a long time. But, I think that Stanford has codified the steps and the tools, again, into a replicable process, which is what makes it so powerful.

Thank you for your assertive comment. I agree, of course. My point is that this expression "Design Thinking" is often taken as a quasi offense by the majority of designers. We know that DT and creativity are "teachable" and that there is a systemic character in it which guarantees the replicability you mention. To guarantee innovation is another thing, I think.

I agree that we could use a better name for it. But is it really necessary? Normally when something sticks it makes no sense in fighting even if a few dislike it. Design Thinking as a term is here since the late sixties and I would argue is here to stay.

For example in your proposal "Oriented Creative Process" I'm not sure I would agree with the Creative part because for me design thinking is more about building than creativity and the word creative is way to connected with someone who has ideas.

It depends I guess how you use the term. Being creative as someone who creates something is the same as building, Creative as someone or something that has creativity, that is imaginative, is something different, and positive, and deeply connected with the process of building but not the same thing. For me design incorporates both concepts and more but some times (most of the time) is more about building than creativity.