Why do I hear Ideas are cheap, ideas are a dime a dozen in this forum? 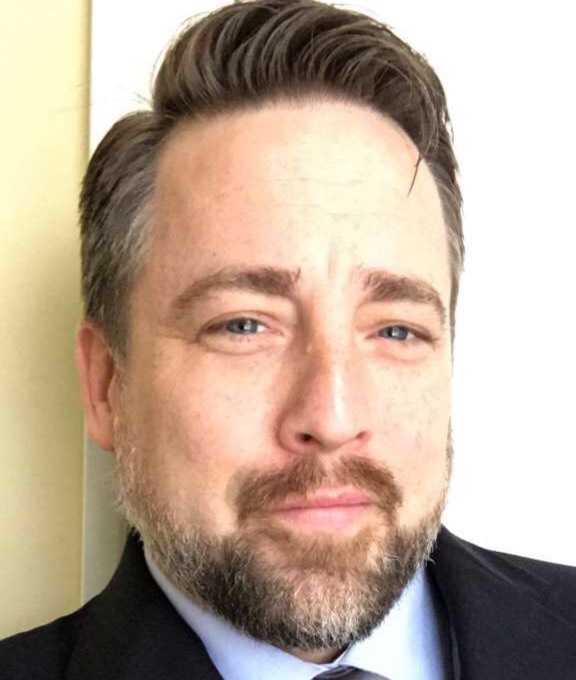 It never fails, it's in every thread where someone has an idea. I hear this a lot in this forum and frankly I don't understand this thinking. Ideas are not cheap and they are not easy. Maybe bad ideas are cheap and a dime a dozen, but not good ones. Now don't get me wrong, most of us who have created something in the past get bombarded with bad ideas from people all the time. But every so often you get that good one and a light bulb goes off.

I have trained myself to look at things that annoy me that a run across daily. I look at these things to see if they can be improved, if I could improve them, and what it would take to do that. Then I look at the market for such and improvement. It could be a product idea, app, service. I put myself in other peoples shoes and it's easy for me to do this. I thought everyone has this ability until I got older.

Bottom line is good Ideas are not cheap. I wish people would stop saying that, I have seen good ideas with poor implementation take off, only to be corrected later because the idea was sound. I'll take a good idea and no team over a rockstar team with no idea any day.

It's more difficult to put together a team to act on an idea, than to have the idea. Does not mean ideas are cheap. So-and-so ideas with good execution are a lot better than excellent ideas with middling execution.

Because sustained execution from customer discovery, validation, MVP and all the way out to scaling is a far more arduous journey than coming up with a great idea or concept. In a community with a wealth of bright, innovative thinkers, great ideas with possible potential will not be difficult to find. Finding someone with the history and track record of being able to execute to scaling is more difficult.

Chris - I think you are too sensitive to the sentiment. An idea by itself is worth nothing. (Please note that I say nothing about being easy. I am not an idea generator and have reverence for those who do.)

Here is my perspective. You must ensure that you are solving a problem worth solving with your idea (that takes work). If you want to build a solution for the problem, it must be solved in a way that people are looking for or realize once they use it (that takes work). Lastly, if you want to build a company, you must find enough people to pay you enough money to build a profitable business out of the original (or modified version of the idea). That takes a lot of work. I have done it 10 times since the early 90s.

FWIW - I think it is much easier to look for a problem that interests you where you have some competency where there are unmet needs. Please read/watch anything from Steve Blank, Cindy Alvarez, Justin Wilcox or stuff on Jobs to be Done to learn more about how people build things that people will buy with as little trial and error as possible. I have a bunch of this stuff in my blog if you want to look further into it. https://catalystgrowthadvisors.com/2016/04/ or in the Resources area of my website. https://catalystgrowthadvisors.com/catalyst-growth-advisors/resources/

Great feedback everyone. This post seem to generate some discussion. As I said already, the word "idea" is ultimately causing the disconnect here. An idea can be something that is articulated in a complex and detailed business plan. As well as something as simple thought.

One thing I do know is cheap..... that's assumptions and opinions. Lots of those here. ;)

Ideas without action are stagnant. They won't move past the idea stage. It doesn't mean the are cheap, easy, or a dime a dozen.

Maybe the word idea is the issue then, because if you can come up with 10 good ideas in the next ten minutes, I could probably easily argue that they are not good ideas. Good ideas are fully thought out, even to the point of how you would implement them and if they would be successful (make money). 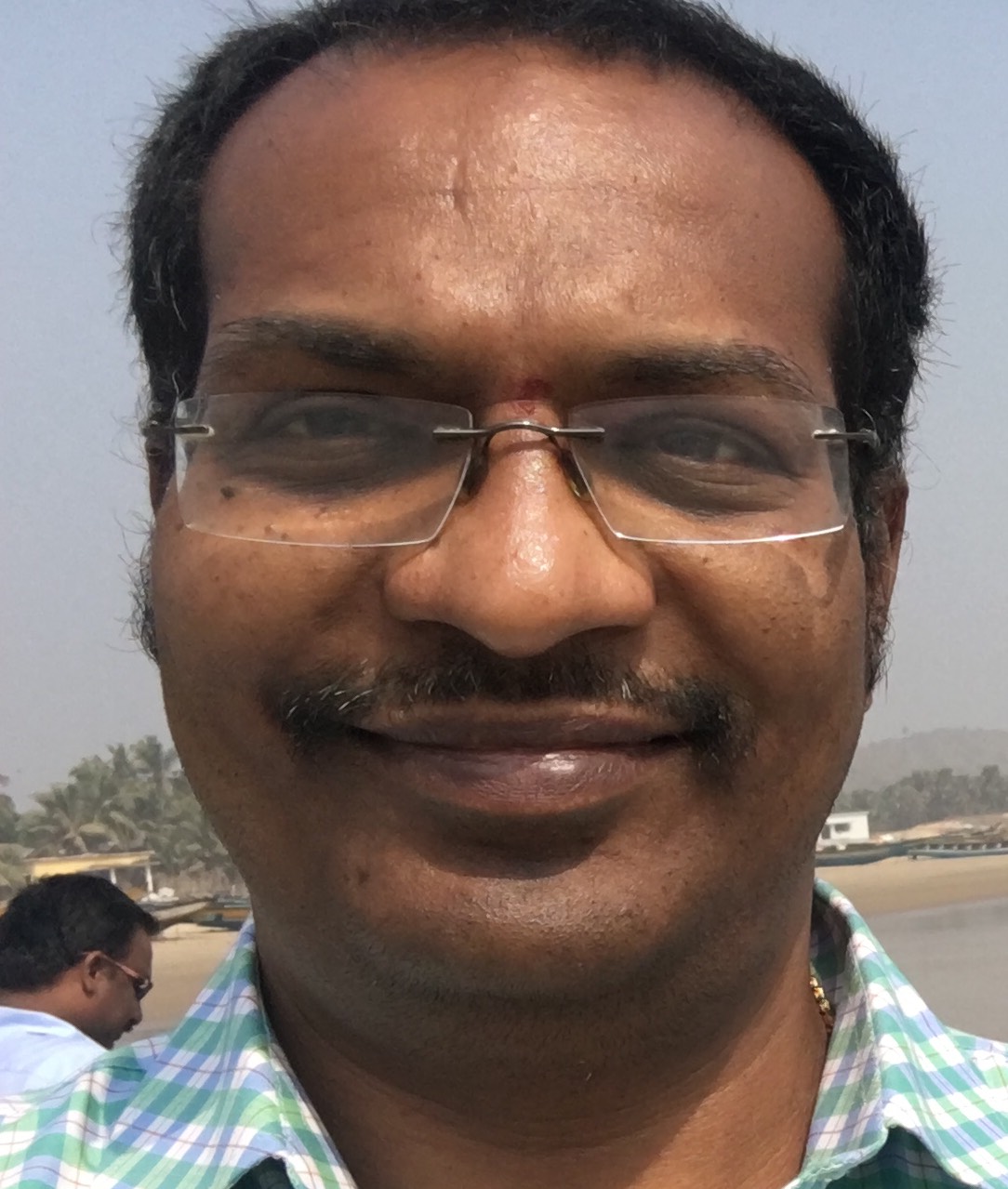 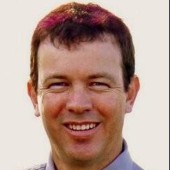 Chris, I think you are conflating good ideas with ideas with all ideas. Firstly, since ideas can be copied, their value is intrinsically very low. If you have the execution skills for success, you can take proven ideas others are being successful with and execute better. Most big winners are not the first in the market. Google, Facebook, etc. all prove the point of taking a de-risked idea and executing better. Perhaps if you replaced "ideas" with "rocks" you could see the difference in what people are talking about?

Many people find rocks that seem they might be valuable, but only a small number are diamonds or valuable gemstones. Rocks are cheap and plentiful, gemstones have serious value. You are looking back from the place where you have a good find and took the time to clean the rock and really evaluate its potential value. Until a gemstone is polished or cut, its full beauty is not exposed for all to see. The skill to look in the right place for valuable rocks -- pain points you see in daily life that could be resolved -- and the time and effort to evaluate, clean, polish and sell the rock is where the real value lies.

Not every problem has a viable solution. Not every viable solution can be sold -- people are resistant to changing behavior, even when faced with a clear value in doing so. Sometimes the solution comes before the market is ready. And when the stars align and you have a real gem, others usually have the same idea, so execution is what creates the difference.

People say ideas are cheap, because on average they are worthless. Gemstones have value because of he process it takes to discard all the rocks that are not Gemstones. 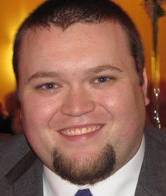 The phrase is directed at an idea by itself, without implementation or execution. That is worth nothing. Five people may have had an idea for Facebook/Amazon/iPhone/Google, but only those who actually executed on the idea and put effort into making it a reality, reap any benefit from it. A "good idea with poor implementation" at least had some implementation.

When I was a teenager in the early 90s, I had a lot of great ideas, multi-billion dollar ideas that would later become Netflix, Tesla, Hyperloop, SpaceX, iWatch, and so on. How much of these billions did I get from these great ideas? Zero. (Could've been even less, but, fortunately, I don't have to use any of these products myself).

So yes, ideas are worthless in and of themselves, and yes, anybody can think of a great idea - it's as easy as it is meaningless.

And no, getting an investor, building a prototype, finding a first customer... these are the real steps that make an idea worthy, and no, these steps are not easy and not cheap.

Chris, I think a good way to prove your point would be to give an example of the following as you state "If the idea is good enough it could sell itself." What are some examples of idea's selling themselves. As I have pointed out in other forums on CC, people come into these discussions and either 1. regurgitate what they have read in books but seem to have little multi-demensional working experience with, or 2. they answer a question with the very limited and narrowed perspective of their own experience. Which, neither of those is necessarily bad and 2. can be helpful as long as people realize that is what they are doing. Unfortunately, with #2. I see a lot of "Let me tell YOU about entrepreneurship. This is how it is." And that is just uninformed. Whatever though. Is what it is. I appreciate your pushback on some of the assumptions here.

I am curious for my own thought process to hear where you see "ideas selling themselves." My experience is that that is just extremely rare. The only one that comes to mind is years ago in the movie industry and very rarely now, someone will sell a project on a "pitch" or someone will option a short story or article in which the writers is actually paid for his/her idea, and then a screenwriter is hired and also paid to write a screenplay, and from there the movie has to be executed etc. So technically the idea is selling itself in those vary rare cases. An agent or movie exec, heres the idea and they think it is so good and potentially profitable, that a contract is negotiated and currency paid.

More times than not with those situations though, there is a team that has proven successful production in the past. So one could argue...not really the idea...but the team and business plan/function of veterans walking in with an idea. It does happen both ways though.

Beyond that...I cant think of a case where a great idea did anything beyond actually getting the ball rolling to lead to funding or a team coming together. The idea certainly has value, but more future value if a solid company is built around that idea.

I agree with much of your sentiment though. And people will be limited. For example one individual wrote "putting together a great team is much more difficult than having great idea." In my world, that comment makes next to no sense, but my skill set has also been proven time and time again to gain the needed audience and bring top caliber people to projects. I love connecting the dots and finding passion points. To me, that is easy. To me, the difficult part is having a great idea that has not been done. So no..i don't think ideas are cheap at all..not unique and well thought out ones. The challenging part is not putting together the right people but finding an idea that those people will actually think is strong enough to gather around. BUT even with a great idea, the company has to be built and run. "Ideas are cheap" is more cliche. And most people who say that should probably be focussing their thought process elsewhere. Because as you point out and are completely correct...great ideas are not cheap.