We interviewed a former Army vet who says he got 'the best training' he could've asked for in his experience in Iraq. Why aren't more veterans becoming entrepreneurs?

Class. Entrepreneurship is expensive & risky. Getting something off the ground requires cash in the bank. Knowing that you have a familial safety net provides a whole lotta peace of mind. Additionally, being a successful entrepreneur--with some interesting but statistically irrelevant exceptions--requires a well-connected network.
Lack of exposure to free market principles. The military does indeed teach you to think on your feet, but it does so in an environment where most people have absolutely no exposure to the cost of the stuff they're using, and they never feel any actual budget pressure. I could talk more about this, but I'll just say that there are some key components of running a business that the US military distorts pretty severely due to its structure (public entity) and its size/level of funding.
Lack of exposure to enterprise environments. A lot of good ideas--good in the sense that there is a market for the product or service being produced--come from people who work in big companies and think "you know, there's really no good way to [fill in blank], and we waste a lot of time/money with a subpar solution…" (Think Benioff here.) With the military, however, it's really hard to develop a product that satisfies unmet need AND that can get through the military's Byzantine procurement process. Essentially, the industry where vets have expertise is nearly impossible to sell into.
Culture. The military likes to think of itself as an organization that has evolved a lot during the past 10-15 years. They emphasize lower level leadership now, which means that corporals & sergeants get to make more decisions. But let's be real: it's still the military. The confines are still pretty narrow, the organization still extremely hierarchical. Your conduct and appearance will be monitored, and if you're too far outside the military norm, you will indeed be penalized. I think the military does an excellent job of training people--junior officers in particular--to work for large companies. But I don't think it's a great training ground for entrepreneurs.
Frank Lee,
I could point you toward plenty of data on veteran unemployment over the last 10 years, but I think that only gets at your question obliquely. A better approach might be to look at AngelList.
AngelList Entrepreneurs who list themselves as Stanford alumni: 3,655
Total Students: 17,833
AL to Student Body ratio: .204
AL Entrepreneurs who list themselves as UPenn alumni: 1,947
Total Students: 21,329
AL to Student Body ratio: .091
AL Entrepreneurs who list themselves as Michigan alumni: 1,500
Total Students: 43,426
AL to Student Body ratio: .034
AL Entrepreneurs who list themselves as Army alumni: 49
Total Soldiers: 541,291
AL to Soldiers in Army ratio: .00009
AL Entrepreneurs who list themselves as USMC alumni: 27
Total Marines: 195,338
AL to Marines in Corps ratio: .00013
Obviously, there are all kinds of issues with this little analysis, but I think we can agree: the Corps ain't Stanford.

A good example to veteran turned successful entrepreneur is Bob Parsons, the founder and CEO of GoDaddy, an ex-marine who served in Vietnam. Aside his recent elephant hunting antics, he is a great example to benefits a military service can give to a person. 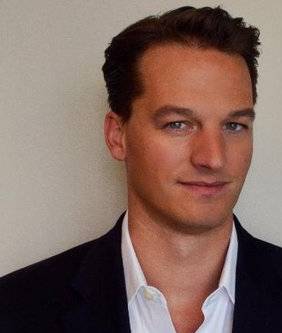 I'd counter your assessment saying that there are many, many successful veteran entrepreneurs.  Many are outside of technology, but many are doing tech startups as well.  Anecdotally, Jim Clarke, arguably the most successful technology entrepreneur ever (only person to have started three different billion dollar companies) is a veteran of the US Navy.

Brendan Duffy
You've brought up some good points.
The OP's question is about the proportion of veterans becoming entrepreneurs, not unemployment.  Additionally AngelList is primarily for startups with strong online presence.  An entrepreneur can be someone who opens a small shop, a retail business...etc.  One can also asks why there are so few teachers become entrepreneurs, but I digress.
Ok, perhaps OP wants to address the fundamental differences of the army veterans' education/training received compare to college students.  Or should we assume that there's no difference in high school students choosing to go into college computer science or business program instead of joining the army corp?  I'm sure there are many brilliant, motivated and driven individuals in the army that can be successful in different areas, but it'd be nice to know that what % of veteran compare to % of college graduates become entrepreneurs.  If at all, after this, it still comes as a surprise.

Just a thought, coming from a military family,
I think there are so many different roles within the armed forces that it's not statistically useful to look at veterans as an entire populous compared to the student body of schools which were likely chosen specifically for business and entrepreneurial prep.  This also doesn't correct for the high statistical probability of PTSD amongst certain veterans (again, depending on role) and its effect on the likelihood of becoming an entrepreneur.
My dad was a US Navy officer on a supply ship doing software engineering.  Yes he successfully pursued the tech scene after retiring from the USN, but that was obviously a function of what he was doing in the service, and I don't suspect that others would make that transition as seemlessly.

You may find this article interesting. http://wraltechwire.com/inside-a-deal-why-digaforce-was-sold-and-how-militar y-made-its-co-founder-an-entrepreneur/13265069/ Anthony is a friend of mine if you want an introduction. www.linkedin.com/in/anthonypompliano Brenda

Brittany,
Awesome question! Enabling veteran entrepreneurs is a real issue that a lot of groups are working hard to make progress on.
Here's a couple of the organizations that I know are working hard on this issue:
Institute for Veterans and Military Families
Google For Entrepreneurs

Brittany, I am a veteran and it did give me a lot of good core experience to build a business. I started out in 2006 and now my business is $50M+..I work with lots of different people and the military experience teaches you how to work with people of all varying backgrounds and experience. DENNIS FRANCZAK CEO [cid:image001.png@01CDB1F6.B35F4990] O: 781.897.4801 M: 617.504.4572 EMAIL: dfranczak@fuseideas.com BOSTON / NEW YORK / ATLANTA / PRAGUE / PORTLAND FUSEIDEAS.COM Please consider the environment before printing this email.

Thanks everyone for contributing your thoughts. Would love to get more veterans in the FounderDating community.
I bring this up because we had an overwhelming response to Anthony Garcia's post this morning on social media. We've decided to continue the conversation on Twitter tomorrow morning (Thursday 1/9) at 9AM PST. Please contribute thoughts, articles, resources, etc. to #VETrepreneurs and cc @FounderDating.

I'm Active Duty Navy, but will soon be separating. I feel the reason that their aren't that many veterans with the Entrepreneur spirit, because of one huge factor and that is because we are ingrained with the skill of following direction from someone else and becoming an entrepreneur is all about thinking and making decision on your own two feet without oversight from the chain of command.