Great product managers must be the “CEO” of their product. If that’s the case, why don’t more CEOs come from product management positions/backgrounds?

It's a very good point. I was a former PM and became a CEO. However, I find it very rare.
I think a big reason is that investors love sales guys because they're big, bold and make lots of promises. So a lot of sales guys become CEOs. I'm not saying that's bad or good, it just happens to be observable.

Very good point Nate....probably because most boards incorrectly view sales and finance more important.
In a product company the most critical position is product management. Get that right and your probability of success is increased 10 fold.
The best CEO I know is the best product manager I ever worked with 20 ears ago. So it does happen but not enough.
Doug 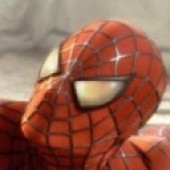 +1
Assuming all of us talking about tech companies - I too strongly believe that strong Product Manager make great CEOs.

I believe the answer is quite simple.
To build a company you need a
1. product
2. sales
To have a product you would need a developer (if we are talking about IT product), and to have sales you need a sales person. The great PM would really contribute... later. In the beginning you just need these two roles. So I am in fact a PM, but I have learned how to code to make my dream true

The C- Suite is a 20th century idea. And Product is a nineteenth century one. Both should not be relevant to a modern business and both CEO and Product Manager thinking should be consigned to history.
The key change was made by Napoleon. He structured his Grand Armee so each unit could operate independently, acting as flank, vanguard or rearguard at will and making decisions on the fly, without reference to the overall leader. It was phenomenally successful, defeating armies many times his force's size and when he was eventually defeated by the combined might of the aristocracies of Europe they adopted his methodology.
It moved to the next stage after 7 million deaths in WW1 showed the folly of centralised control with small teams of experts banded together in units with each member deferring to the expertise of the expert in that part, yet working together collectively. Today these small, flexible units which make fast decisions are essential to combat guerrilla tactics by terrorists using similar organisational systems.
Industry, however, went happily on with the egotistical hierarchical model and it was given added impetus with the first generation of software which created deep silos based around each group's version of the truth. The effect was to create large ineffective organisations - the exact opposite of the intent to share information to be more agile.
In modern companies a new method is taking over - these same small units. Here roles are flexible - if one person has a flair for organisation, another for vision and a third for communication, they can split out responsibilities to suit. The leader is just as likely to be a technical person as a people manager and roles may even switch according to task, project or outcome.
Product focus is a hangover from the industrial age, where automation in factories created a physical product in quantity and undifferentiated across all markets. It was naively believed that the best product would always win and a product manager was the champion of the process to win this feature race. Often the race was to the bottom as with long production runs every cent saved put millions on the bottom line of the company.
Now product is only one of the 4Ps of People, Process, Profit and Product which together make up the creation of a "product" and product-market fit allies it to the markets it serves. In this environment a product manager is a dangerous silo - innovations in other areas are just as likely to give the company the edge.
Consign CEO to the bin. And Product Manager.
Then think again around teams - fluid to suit the skills involved and which start with the market, working back together to what you need to offer. And keep it fluid - people change, whether customers or employees.

I agree with Alex.  A startup CEO who needs to raise money is often from a sales background.  In effect, they are selling the company to investors.  Often, if a startup is raising money, product management falls to someone else because raising money is a full time job.  Product managers also get a lot of satisfaction from creating a successful product as opposed to raising money.
I think it is far more common to see a former product manager as a CEO of a bootstrapped company.

Haven't seen research on this, so it's just based on observation and speculation. I think there may be a few reasons.
1. There is a smaller number of PMs compared to other disciplines. Part of what makes a great PM great is the ability to support a large set of constituents.
2. Most PMs don't start their careers as PMs. I would guess a relatively high percentage of people who become CEOs might otherwise become PMs, especially founder CEOs. Moreso perhaps than other career transitions.
3. I agree great PMs are CEOs of their product, but with emphasis on product. A founding CEO also focuses a lot on product in a lot of cases, but as a company becomes more successful, the CEO must focus on other areas. That might not be appealing to a great PM. 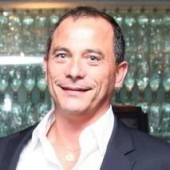 Does anyone have data on this? Doesn't ring true for tech companies in Silicon Valley - b

A CEO needs to do three things:
- raise the money/handle the shareholders
- be the company's chief evangelist
- be the face of the marketing effort
If the product manager cannot do this, he/she should not be CEO.

Stewart, I don't entirely agree with your assesment of what a CEO is. As someone who has worn that hat more than a few times, it ultimately comes down to what product or service is being delivered. This is the point of the discussion -- the product drives everything in an organization, and product managers know more about products than any CEO does.
However, in the end, I find that many product managers don't really have the interest or the drive to become a CEO; they'd rather do what they love to do every day.