Who do I turn to with a product idea?

I have an idea(s) for something that could be utilized on it's own standing or as an add-on for an existing company.  It's purely an idea, no engineering, but I believe it could become of high interest.  Since I have no engineering background and no money to begin with, would it be better to take the idea to an existing company?  Obviously, I don't want to look back and say, "Wow, I just gave away my biggest opportunity."  I have no idea where I would start.

Neil HereWeAre Want To find-close Business Online without competition Before They Google Search? We solve this problem 1(508)-481-8567

Remember, there is quite a difference between a great idea and being making money from that idea. Theres a lot of dilgent and blatently honest activity needed before you go and make that idea into what YOU think is a great idea and saleable.

Consider this before you go any farther: Why do so many startups shut down instead of selling? Here's what is often missing:

A) Unfortunately, The startup forgets from the day of their idea that there is quite a difference between what you see as a great idea and a "needed something or other" that folks or businesses would actually spend money for. This unfounded "belief" in a market for their products is why a startup cannot sell and frankly why they do not succeed in the first place.

B) Many startups don't have the inbuilt team sales person who love to and can actually find real markets and, for the reasons of the target audiences, not the startups pitch, know how to acquire paying customers. Instead, the startup goes around pitching to everyone as a "we have this, it does this, isn't that great,buy it" and usually the answer is No. Its not a product Pitch that sells nor can it connect with what may actually be someone who, for their reason's not yours actually need the product or solution but many think that’s what works.

C) Nothing in their pre business launce exploratory other than checking with friends and colleagues most of whom have no buying power is present or was done that actually deeply and honestly analyzed
--who were the natural target markets
--what really are the markets issues that if solved were truly natural prospects for their "product"
--revealed an understanding of the issues each natural target audience faced and its resulting adverse "cost"
--understood if their idea had a real market and one that was on a large enough scale and if properly approached would say "Hey that’s me! I need that product, service, software, solution to solve my x issues so I can gain a better roi, faster production, competitive edge, leaner operating, etc. I need to call these guys now"

D) They said in justifying their reason for starting up that
--"there are x gazillion global prospects who because of their industry they were in and or the way they do business could use the solution."
--"If we get just 3%, we are golden" and the dove right in with development, maybe even production for that "giant" market opportunity to get their 3% share

E) they forgot to dig deeper, reveal what actual portion of that giant number they actually might logically fit into and then how exactly to ID the people to contact, how to approach them, what to say that could get powerful receptivity and how to define/implement a great acquiring paying customers approach to get those real opportunities as customers.

Thats why they cannot sell enough of what their startups are trying to offer nor make decent profits fast enough to stay alive..

The startup, lean or otherwise was based on a "great idea or tech idea" that everyone told them was great but they never really vetted the idea beyond their own thinking v a real application in real markets that real people would spend real money for nor how much of them there actually are.

Remember, there is quite a difference between a great idea and being making money from that idea 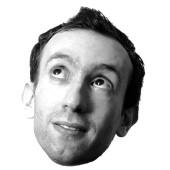 Hi there - you might want to take a peek at my post on 'How To Launch A Product' idea on my motivational speaker site : http://bit.ly/launchaproduct  Hope it helps and wishing you huge success, Shed x

Another discussion that would be great to look at is http://members.founderdating.com/discuss/3758/How-To-Sell-Your-Service. Remember to always do a search to save yourself some time :)

Stephen Key leads InventRight which has a lot of good advice for people in your situation. Check out his website or seminars. Scott McGregor, mcgregor94086@me.com, (408) 505-4123 Sent from my iPhone

Thank you, all, for your suggestions.  I am definitely going to take them to heart and think, research, and do some experimenting.  You gave me the mental nudges to figure out where to put my energy.  Thanks, again!

spend enough time and brain cycles to build it in PowerPoint and get out of the building and go 'sell' it to some customers.  If you can 'sell' it then you have a good problem - customers and no product.  This is much preferred to the opposite problem which is more typical of startups who spend months/years building a product only to learn no one will buy it.  If you can prove product/market fit and demand then come back and we'll help you figure out how to get it built.

Thank you for the advice, Rob.  I'll have to tinker with that a bit.  I'm good with my hands and problem-solving so maybe I can locate some materials that would show how it would work, even though the materials aren't exactly the right ones for the job, if that makes sense.  I'm afraid I haven't had to use Power Point for a very long time. It sounds like it's come a long way since then.  Another thing to investigate and figure out.  I come up with things in my head and then some time goes by and someone else has come up with it and marketed it.  I thought perhaps this time I'd listen to my gut.  Maybe I'll get lucky, especially since it directly pertains to a rapidly growing market that isn't going to go down soon.
And Shed, I will definitely check out your post.  Thank you, both!

Neil HereWeAre Want To find-close Business Online without competition Before They Google Search? We solve this problem 1(508)-481-8567

Because folks here have different specific backgrounds and focus/product/industry experience, you may want to give us an ide of what it is that you are trying to launch. Its quite hard to advise you without any hint on what it is.

Please Do see my earlier post re what you could and even should do at this point.

I'd suggest that you find a small business incubator or accelerator or Small Business Development Center in your area if you "have no idea where to start."  Also, since it looks like this is a marijuana-market item, I'd make sure you're in one of the states where that is legal.  It'll be a little more easy to discuss it.

So you're saying is, while it's on paper, go around to various "experts" in the field and eliminate all the things that are non-marketable/usable about the product. Then produce the prototype. I guess my fear is that someone along the way will use my idea. How do you avoid this? Where do I find someone to do decent drawings, or are my conceptual ones the ones to use? I have no money for this, but am trying to find a way to begin an influx of cash. My retirement went out the window and I have some ideas that I believe have a place, but not sure if going it on my own is safer or better than perhaps taking the idea to an existing company that might want to take that idea and add it to their product line as it compliments what they already sell. Basically, it's a dispenser for dry marijuana insertion into vape pens and vaporizers. The small "ovens" that are used in these products function at an optimum level when filled with the proper amount. People tend to over fill or they have large fingers and have difficulty navigating the small compartment. Another version grinds the product into the ideal level of looseness while dispensing it. Once they (health experts) decide what constitutes an actual dose, this could be made to dole out just one dose at a time. It's pocket-sized, easy to use, and would be made out of stainless steel.