Where to find fundraising exec for a Entertainment Start-up Pre-rev with Live & social Technology?

I have an entertainment technology pay-per-view that is pre-rev, that is built to automate onboarding of independent films. It is leveraging social media and live stream to drive viewership. Where can I target a good investor or fundraising exec to help with next round which will build out revenue?

Hello Sergei,
It seems that you were at MIT at the time when I launched my first tech venture with partners from MIT (I was on the faculty of Harvard Med at the time), which included Ian Hunter, who I suspect you knew. That company ended up on NASDAQ. Aside from the product I mentioned in my replay, we also introduced the first, and still most advanced OTT media stick, for steaming up to 4K  (www.Swig4K.com). Our content can be reached on all screens, and all connected devices globally, beyond our own OTT stick. Despite being new in the OTT space, we have well over 150 international channel, and we are bringing cable TV ands other channels global  (22 in January).  In contract to your comments, I would encourage Dianne and others to push forward, full stream ahead with new ideas,and ventures. Those of us who have been doing  entertainment technology , production and distribution start-ups since the 90's have indeed encountered many nay-sayers, but  knew that there are many great opportunities and exciting business adventures ahead (Netflix and others notwithstanding).

Hi Diane, We should chat. The investors you are looking for are probably in LA, and I may be able to help connect you. Mikesville@gmail.com 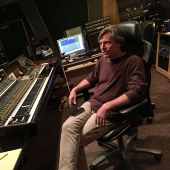 Happy to set a time to discuss.

Hi Diane,
I can help you from a new crowdfunding space for entrepreneurs.
Best,
Angela

Many many companies are ambitious in the SVOD space. What Netflix did helped set up the business model. However if you notice they didn't get some movies until well after release and second runs on broadcast. Why? While VOD content marketing is white hot, creating original content to market is a capital intensive and very time consuming machine. Acquiring or creating top quality content for your company requires endlessly deep pockets. Netflix realized 20 billion 20 second clips of a cat on a skateboard is not for anyone that wants a return on viewing time invested. Why Facebook took their time (maybe as their execs grew up) who knows, but they're now chasing the same model as the others, making and offering long form shows. Traditional broadcast and new online networks know original content is king and a process that's extremely dependent on Producers. So that's what I leave you with... producers, producers, producers. You'll need many of them. Find them. Court them. Get them to like you. New players in this space succeed or fail on whether or not they have a cache of dependable producers, production companies, and their attending staffs needed to make series and features. The last production budget I was privileged to be aware of was for Legendary Pics. at well over half a billion. For that they'll produce a handful of quality features. Consider the number of hours of content you'll need for one week and its an extremely capital intensive venture. Licensing and acquisition is your first play then if successful you'll have the same fork in the road where you begin creating your originals, ie. Amazon, Netflix. The major studios offer very nice nice 'first look' deal arrangements for individuals who deliver quality content. I'd love a new silver DB9. Have fun!

Diane,  I am in complete agreement with your insightful comments regarding the status of the film marketplace, and I applaud your  "imprinting" approach to help content reach their target market.
As a Producer and Member of the Production Guild of America, I am keenly aware of the issues you have identified, both personally, and from contacts and events at the Guild with fellow producers.  In fact, our initiative to create our patent pending "Swigit" (along with a suite of other direct to consumer distribution solutions and products) was also in service of empowering content creators to direct and ready access to their target markets.
As you know, since the first public showing of a movie in 1895 in Philadelphia, the basic model of attracting people to a given venue to watch a film has essentially not changed. Technology to date, has made it possible for a film to migrate from a physical venue to an online venue , e.g. destinations like Netflix, etc. . Major motion pictures, with significant P&A budgets during their theatrical run, then migrate to the likes of Netflix,  who likewise invest major promotional dollars to attract viewer where they can watch movies missed in theaters, or films which became known during their theatrical windows. In this paradigm, not much changes for the indie producers and films.
Our agenda with Swigit has been to reverse the model of attracting people to a destination to view a film, to one where the film is propelled via social networks, and push marketing to find its target market - which on a global scale, exists for most produced content.  Once a Swigit reaches an interested viewer (wherever they may encounter it), they are one click away from PPV transaction and watching the film.  They are not moved (even if they see in as an embed code on a site), but rather everything they need to transact and watch gets created in  real time (rather than being taken to a pre-existing destination) and it is done so, specific to the device they are on to insure the very best viewing experience.
Right now, we are depending on the viral and social tools for each Swigit, to be propelled to reach their target market.  The assumption is that if it reaches one person with interest, the odds grow that within THEIR network there will be others and so it.  The prospect of adding "intelligence" to Swigits, which is how I interpret your efforts sounds very exciting to me, and is certainly the next step in bringing desired content to its target market, rather the costly alternative.  I will reach out to you directly.

We can provide you further information to raise fund. please contact us at info@leadindiafoundation.org

You have nothing and just bother people with your wanna be platform. There are hundreds worldwide besides AWS, Netflix, Google and Hulu. Why anyone in their right mind would give you money for videos amateurs like you put fro free on youtube?!

Where do you live...because there is an event in San Francisco this month with all the right people. Don Sent from my iPhone

Hey, thank you so much for the help. Reaching out individually.
Best,
Diane