What is your average day like as a successful entrepreneur?

Just have FUN each and every minute of waking hours
Usually 4AM to 10 PM.
There is no alternative

my average day has changed the more startups i get under my belt.  100 hr weeks for months on end, no social or family life and failed relationships as a result used to be the norm.  It's hard to regulate - i tend to go in sprints (binges?) depending on the state of the startup.  Early on tends to be very intensive (100+ hr weeks) then when development starts (i don't do dev) i can take time to breath (50-60 hr weeks) until the next big sprint which is beta testing. Once sales start i'm at perhaps 60-80 hrs/wk for quite a while until we can afford to bring on more resources.  if i wait "until things are running smoothly" i'll wait forever so now i force myself to take time away from work.  I now have kids which has forced me to take time each day to focus on something other than the business.  Daily exercise is something i rarely skip (didn't used to) and 6-7 hrs of sleep seems to be fine.  I also need time to think, usually during my run, but especially in the early stages sometimes i need extended, uninterrupted time so a 3-4 day backpacking trip where i can't connect does the trick.

I fall somewhere between the CTO and CEO camps, wearing both hats but definitely preferring the technical one when a more competent CEO already exists - so my schedule is going to be more of a "maker's schedule" than a "manager's schedule". That means long blocks of focused work time.

Typically, things are fairly calm up until the actual launch (but I'm of the belief that you're cutting things too close if launching a week later changes the fate of your company). Once the launch happens and you start getting traction, you will forever have a feedback pipeline to address from your users, and will have to balance this with other responsibilities that also increase with traction, such as bizdev. You do live and breathe the company for a while, but I think the people putting in 100+h each week, every week are destined for burnout before they see anything come of their efforts. It's a marathon, not a sprint, after all.

Instead, I like to optimize for efficiency and spaced repetition. Back when I was working on an app (also when I was writing my thesis), my day used to look something like this:

~10 AM: Wake up, shower, dress, feed my cats, etc. Record any ideas I had overnight.
~10:30 AM: Check emails, reviews, web alerts, and analytics dashboards.
~11:00 AM: Check to-do board, get to work on the highest priorities. Stare intently at screen. Write some code. Compile, pet cats. Repeat.
~2:00 PM: Lowest energy time of the day for me - so it's lunchtime / time for lunch meetings. I try to make as many meetings as possible lunch meetings, because they put both people in a good mood, require fewer context switches, and because I am an unabashed foodie.
~3-4 PM: Still in lunch / meeting mode. Any phone calls get booked during this time. This is also time for people who want a "quick coffee". Check email, etc. again.
~4 PM: By now, I'm getting back into the thick of work. Headphones on, music up, IDE open.
One hour before sunset: go for a walk alone or with someone I care about, followed by dinner, sometimes shopping or a movie.
~9 PM: Update todo board, then back to work until the wee hours. Such a good time to focus.
~2 AM: Update todo board for tomorrow, get at least 7h of sleep.

Overall, I probably worked about 9 or 10 hours a day. But importantly, I varied the work up and used the natural high and low points in my circadian cycle to my advantage. I seldom felt tired or bored, the defining characteristics of my day when I used to work for other people. Occasionally I'd be glued to the screen or the phone before big launches or partnership/acquisition discussions, but I made sure these were the exception, not the rule.

I sold the company off for a decent sum before it had the chance to grow into a larger business that required an office, fundraising, coordinating lots of employees, and a bunch of other things that seemed like they'd destroy the lifestyle for a questionable amount of incremental value. When there were tasks I was weak at or didn't have the time to do effectively, I hired contractors or a firm, but only through personal recommendations from people in my network.

These days I'm involved in an education nonprofit, and things are a lot lower intensity - so I spend most of my day tinkering on side projects (particularly IoT stuff) as the mood strikes, with the occasional paid engagement from a friend who needs something built. I do sometimes worry I'm losing the discipline I previously had to a regimen that's too unstructured.

So that's during and after a modest success. Rocket ships, VC-backed startups, or companies with really frenetic founders would have different characteristics, naturally.

Every day is different. But the main benefit is that I can explore opportunities at my pace and delve into the opportunity and decide if I invest or leave it alone.

The responsibility though is knowing that any decision made also at some point will include the people that work within the company. So it had better be the right decision.

In answer to your last question. I know I need 7- 8 hours sleep a night - deep sleep to be re energised. I practice Tai Chi , I take top grade supplements and Vitamins , I also eat Paleo . There are a number of reasons for this regime which I am more than happy to share with you if you are interested . Nutrition sleep and food choice is critical to maintain optimal health. 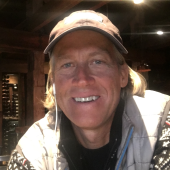 Bogdan is right! You wear lots of different hats! So, the fact that you are doing most everything, there is not enough time in the day!  Not as rewarding, BUT much easier working for "the man" :)

Thanks for your answers, I meant in general.
How much time do you guys sleep, do you manage to live healthy, go to the gym, have some time for yourself? I mean I am not near a successful entrepreneur and still the day is too short. 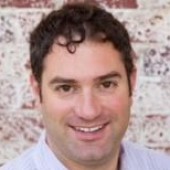 You have to have down time . I enjoy my Classic cars and restoring them . I enjoy reading . I enjoy drawing and painting.

If you don't have down time you will become ill . The stress will get you sooner or later and many people suffer from Adrenal Fatigue and they don't know it. But there are symptoms which again I am most happy to share

My goal is to get 2 hours of exercise every day, with at least 1/3 outdoors. On non-travel days, I don't go to bed until I've had at least one hour. And I track it--very simply. I write the number of minutes for the day on a paper calendar that I also use to track what books I've read, how many learning audios I've listened to, and of course, my appointments and to-do list. I find that tracking, even this informally, inspires me to do more. In September, for instance, was a particularly good month. I got 3722 total minutes of exercise, or average of 124 minutes per day--above my goal despite two travel days. Three days I only managed between 94-110 minutes, and the 94 was one of my two travel days that month. The other 27 days, I got between 120 and 151 minutes each day.
I also read seven books (most of them at my exercise bike) and listened to 24 learning audios--most of them as part of a really good telesummit that I made a priority. I also get about 6 hours of sleep most nights, some very short (30 seconds to ten minutes) naps most days, and usually at least a few times a week some fun activities. I usually cook about three dinners per week for my wife and myself, as does she.
And of course, I spend several hours a day either on direct client projects, admin, and/or on steering my business toward where I'd like it to be (following a shift in emphasis three years ago).
I get up between 5:40 and 6:30 a.m. and typically go to sleep between 11:30 and midnight.