What are the consequences of signing an NDA without expiration of confidentiality?

A company that wants to hire me for some consulting, asked me to sign a NDA without any limitation on the expiration on the confidentiality term.

They claim their lawyers insist on such terms, while I never encountered such conditions, typically they were between 3 to 5 years. I did made sure to narrow the protected field as much as possible, however the idea of having unlimited confidentiality terms bothers me.

What the possible consequences to signing such NDA?

It depends on the nature of the trade secret being disclosed here.

For example, if the trade secret involves a food recipe, holding it in perpetuity makes sense because some of the most famous food products still have trade secret protecting the ingredients/recipe to make them. Think Coca-Cola, KFC, Bush's Baked Beans, and you see why they want to have a perpetual trade secret.

It's also worth considering if you can categorize the different types of information, and set the NDA accordingly. For example, you should be able to use some portion of your work at the company as part of your portfolio/resume, without violating the terms of the NDA. If the confidential information is later covered in a patent, you should have no obligations to stay quiet either.

That being said and done, make sure the NDA does not contain any uncalled provisions such as non-compete and the like. I have seen sloppy NDAs that confuses itself for an employment/consulting agreement that have unreasonable non-compete clauses.

Chris Murphy Director of Corporate and Legal Affairs at E2open

More than likely it won't matter to you, so long as you don't disclose anything that hasn't become TRUE public domain (if it becomes publicly known through a breach, then it still may not qualify depending upon your particular language, just fyi).  IMHO, anything longer than 5 years for information other than trade secrets is overkill, but that doesn't mean that some companies who haven't thought things through won't request/demand it.
Almost any information *other* than trade secrets becomes "stale" after a period of time, usually less than 5 years, and is no longer really valuable as confidential information.  Trade secrets should remain under nondisclosure obligations indefinitely.

i often see NDAs that expire, but the confidentiality drifts on in perpetuity. here's some language to that effect (from the Cooley NDA http://www.cooleygo.com/documents/form-non-disclosure-agreement-one-way) 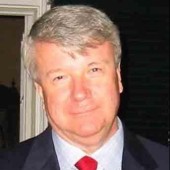 A contract with no termination is in violation of the law against perpetuities and is invalid. You might want to point that out to the company.

I personally wouldn't sign an NDA as a consultant that doesn't have a time limit unless they propose to pay me in perpetuity. They're usually 3 years from the termination of the agreement (ie., last payment).

As Alex said, it's a business risk decision. Most of the companies that have asked me to sign NDAs didn't last as long as the expiration provisions of the contract.

Thanks to everyone for their replies, especially those clarifying the legal aspects of such clause.
Your opinions are much appreciated.

Of course it should have an expiration date. But it's likely going to expire when the data becomes public anyway, right?  Is that data likely to become public?

In the end, a business risk decision. Hard to give advice without knowing the particulars.