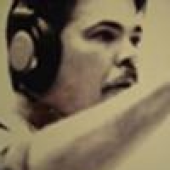 I've been talking with some folks about creating live performance content in a VR format. This is not a video game so where does the revenue come from? Are there established distribution channels? Really curious. Any thoughts would be appreciated.

There are still working on that one. PokemanGo is AR and I read an article about how to offer plugs for cellphone to charge when on the road looking for those little guys. I try it yesterday for a minute and lost interest quickly.
It's going to be tough, but you have to give it away for free. Build an audience, then start selling advertising like everyone else. I'm not much of an expert on VR. Try them one for the first time today. It will be cool when we start putting the ads, like for beer after watching a VR football game....etc

I'm doing due diligence on if there is a market to support the project in that format.

That said, with VR, I speculate that the biggest platform is Google Cardboard, just because it is so cheap, followed by Samsung VR -again due to cost-. Third will be Oculus, Vive and when its release, PlayStation VR, which -I think- will take then third spot right away.

In any case, all of the mentioned are different platforms, which require individual path of development. So, you'll have to chose on which one to do your MVP. I would think Cardboard and Samsung VR for the previous given reasons.

Going specifically to your concept, some events in the last summer olympics were broadcasted in VR. I thought it was cool! Have you experienced those? I'm sure it will give you a base to continue your project.

Hi Chris,
Am I correct in understanding that you are interested in creating content (the concert) in a VR/AR format that you would like to be consumed through an established VR/AR channel?
Unfortunately, I have no expertise in this field (beyond my opinions on PokemonGo! business model) and can't aid with reading the market. But from a macro perspective, the mass market certainly is not there yet. The distributing channel will have to cultivate that market and educate the customer and are therefore taking the biggest risk and will be compensated accordingly if they succeed (think iTunes). Their main revenue stream will be driven by maximizing the number of transactions (and taking a small cut from content rental or purchase) and content creators main revenue stream will be the rest. On the other hand if the emerging leading channel is a Netflix-like then it'll be licensing. Some content creators might perhaps be able to tap into other revenue streams such as advertisements and sponsorships if their content can be shown to boost engagement.
I hope this helps and best of luck

Joanan, I have a live concert project I am developing and spoke with a friend about possibly developing the project for AR or VR. I'm doing due diligence on if there is a market to support the project in that format.

"I've been talking with some folks about creating live performance content in a VR format."
I don't understand. You are part of the team that's going to create that? Or those folks are doing the platform are you're asking here -by pure curiosity- if any of us know that business model?
Cheers!

Im assuming, it would be where I put on some VR goggles and its like I'm at a Concert or a play?  It's a cool concept.  I just saw an add the other day for Samsung I believe where they put the phone into VR goggles.   The cool thing about it is, its content based in many regards.  So you are in music, and you have a solid agency based on IMDB.  I think if it were me, I would try to sell the concept to the talent.  In other words, Phil Collins...you sell him on the concept pending you put together the needed technology and partnerships to do it.  The revenue can come from the VR tech groups who need the talent to gain exposure.  Its only a matter of time before the VR tech is more available to consumers.
Then, who cares if Google or Tech Company ABC has the patents on the technology, you have the rights on the content.  That is what they need.
I almost feel like this idea has to be in the works places.  But again, even if it is, if you know the people putting on the concert and can get them on board with you, thats all that matters.