Under what conditions should a startup white label their product?

My company, Dycap Media Solutions, develops software that automates cameras using facial recognition removing the need for camera operators. We are selling direct and have formed channel partnerships, that we really have to nurture since we are first starting out in the market.

We have been recently approached by a camera manufacturer that wants to white label our software and brand it as their own. We immediately see the benefits of volume but since we are a startup we are concerned about losing brand awareness. However is that really a big deal? Not to many people can tell you what Synaptics does but that doesn't matter to them very much. We also see camera manufacturers as our main potential acquirers and are concerned if this will burn relationships or will it bring Dycap necessary attention?

We have great market fit and a working technology, would love to hear general thoughts.

I don't see a lot of downside to it, assuming you find the terms to be fair. In the B2B space, you can expect to white label and I've been in several start-ups that got their early traction through being part of a larger brand product. Congrats.

Negotiate for acknowledgment on the packaging and in the marketing. Remember "Intel Inside" on IBM PCs and clones? Or when Yahoo announced that its search results were now "powered by Google?" Emulate them.

Priority #1 is always to close the damn deal. As a white label deal you should assume that the "marketing value" of the deal is zero. You want Money. Make sure you get enough of it that the deal works for you.
It's not over. Next you are going to generate a "Case Study on how company XXX used Dycap Media Solutions facial recognition to remove the need for camera operators, allowing them to 1) use more cameras or 2) suspend cameras over the lava pit surrounded by fear gas or 3) all the metrics that authorize your future customers to spend their money on your product here, which always involve them making more money." Look at other case studies. Did they reference their customer by ticker symbol and get more publishes than you could ever get with biz wire? Imitate.
Then your team will make a rev 2, and you can get cocky and ask them for your Intel Inside logo. But you're not Intel, and many a b-2-b has died on a hill that is their me-inside logo. 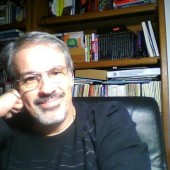 I am with James and Harald. You have nothing to lose and it's about the money. These are two of your most important commodities: freedom and money. If the camera maker wants to tie you up exclusively, that's a very different deal than if they want a license to use the product. My guess is you expected such an offer and you don't yet know what you want. You might dream of being the world's leading facial recognition software (the Intel or Synaptics in a billion dollar niche) but the first embedded deal pops up (like it should) and it worries you that might be swallowed up for a few million dollars. Money in hand versus a decade of hard work and risk ahead. That's why the advice from others here is so important. Like James says, it's about the money. Make the money in front of you...don't drop what you are doing in a long protracted negotiation...focus on the money you want from the camera maker and make the deal clear and swift. If, as Harald says, they want to hug you so much that they want to marry you, know your price. But always march forward and never stand still (or get pinned down) when these route-changing decisions pop up. They must be dealt with as parallel universes until they become reality.
If you have one camera maker ready to do this, there are others. Which begs the question: which camera maker would make the ultimate marriage--for your dreams as well as your wallet? This one might just be a customer. Nothing wrong with that. 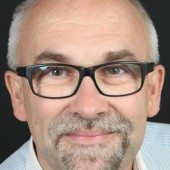 I find the idea with the "intel inside" thingie VERY good, Like it!
Also like the suggestion with the case study.Very important and way too often forgotten.

But in general: Go ahead and do it. You dont have that much to loose, right?
Reg. terms: Whenever they demand (in your mind) unreasonable terms (like no intel-inside logo on their box OR exclusivity OR similar hand cuffs) you can always say: Well, if you want me to hug that much, you have to merry me. Which in business translate to: Buy me!

Jokes aside: Having a single customer is always dangerous, so fight for your freedom but be open for all sorts of partnerships.

Hi my opinion about this is you should not sell it any camera company rather start selling license based system to analytics companies. Regards Sanjeev Tyagi

Thanks for the speedy post response Alf. We are definitely a B2B company.
Is it routine to possibly use both a white labeling strategy and a direct selling strategy?

Or is that generally a bad idea?