Taylor swift managed to reverse apple’s decision not to pay artists during the free trial period of their new music service using Tumblr http://taylorswift.tumblr.com/post/122071902085/to-apple-love-taylor and twitter exclusively.  Apple’s head of  Software and services https://twitter.com/cue/status/612824775220555776 responded via twitter on the good news. While I think this is awesome for artists, it seems a little too good to be true. Do you think this is the power of social media or more likely a planned PR strategy by both Apple and Taylor? And does it matter?

It's unquestionably the power of social media but greatly amplified by Taylor Swift's larger than life persona. Apple had to respond in kind. Neither move was PR-driven, since I don't believe that either Apple or Swift need more publicity. 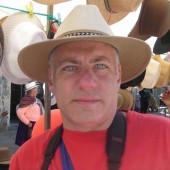 Taylor Swift has been taking on the role of advocating for artists. Apple's blunder was to force independent labels into this deal, which would have hurt many small labels and artists who would be squeezed by being forced to give away their music in the free trial that also cannibalized sales at the same time, as streaming in the Apple Music environment would supercede any download sales and effectively harm the artists that could not afford to have this happen to them. Apple tried to make this up with a slightly higher percentage of revenue overall to the artist once the 3-month trial was over for each customer, but 3-months of free is devastating to small labels. Yes, Taylor Swift wins in the court of media-driven social news, but the average music consumer doesn't pay attention to how artists get paid - they just want the music. Apple's reversal on this will cost the company a lot of money, but they can afford it. There are media pundits who say that Apple will not have to have a freemium tier like Spotify, which then doesn't differentiate the service. Major labels don't like freemium, as they wanted people to pay for music, but Spotify says freemium proves that people will listen for free for a trial period and then subscribe. Apple tried to avoid that method, but it may be too difficult for them to force payment from their user base after the free trial is up and they may have to reneg on their plans to the major labels, who all blessed this, with an ad-supported model. That will be the next reversal, unless they prove that people will like Apple Music's offering so much, they'll gladly pay for it.

Patrick Williams Co Founder and CEO at The Thursday Room

Swift By Apple
Excellent campaign. Well executed by both sides. Wonderful piece of PR and both sides win. Rarely is a win/win so perfect.

I would not typically call it 'the power' of social media because this has always been how Taylor Swift communicates with everyone.  It's simply the most immediate way to respond to something or have your thoughts reach people widely.
As far as a "PR stunt", it's certainly not the kind of PR that Apple would have wanted for several reasons. But I feel even the suggestion that it might have been a PR stunt shows a lack of knowledge about the subject matter--it's a very real issue for the music business and thank goodness there are people like Taylor Swift willing to discuss it and inspire change. Songwriters and artists are affected by Apple giving away their music for free.  We are professionals and should be compensated for our work, period. Songwriters and artists have not received adequate compensation for their work for a long time across multiple platforms--everything from having their music played without compensation in stores and restaurants to downloads, something which existed long before Napster started offering people's music for no compensation years ago when the internet caused a profound change in the music business.  And as people began to pay for streaming, we were told that money was being held in escrow till the laws were settled.  The laws hadn't caught up to what was happening online. And what has happened to all that money from those first early years ? It didn't reach the songwriters and artists and never will.
So for Taylor Swift to come out and complain that it was unfair and would penalize musicians, writers and artists in different ways, was the good will of an artist who knows she has the power to affect. And she did it in such a gracious way, praising Apple for so much at the same time.  Many artists and writers had complained as she said, but it takes someone like one of the biggest stars in the business to shame one of the biggest, richest companies into fairness. And she welcomes that role and uses it well. Those of us who work in the music industry and are affected by downloads with no compensation are grateful she's willing to speak out and help make for change. 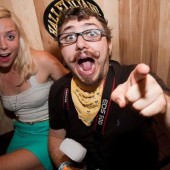 Too bad Taylor doesn't practice what she preaches!
http://www.cultofmac.com/326980/apple-music-wanted-to-rob-artists-like-taylor-swift-robs-photographers/
"Editorial photographers assigned to shoot Swift's shows must sign away rights to their photos, preventing them from being paid while giving Swift unlimited use of the pictures for publicity and promotion."

Shelley Facius Head of Communications at Coretech, a WPP Company

Taylor Swift has undoubted clout as she is currently one of, or the top selling pop artist. So can Apple afford to ignore her? No. She’s well aware of this and used her power to help herself and her fellow artists. More power to her!

It's undoubtedly the power of social media ... Social Media has gone for now...with regards to communication. Taylor made a great move there.