I'm forming a 'customer advisory board' of 5 or 6 interested people in my target market. They will receive some benefits from us in exchange for providing use cases, feedback on wireframes, designs and help with prioritizing features.
In General, I'm not a fan of NDAs and believe in getting my idea out to as many people as possible, especially those in my target market that give me feedback. But, I also do not yet know if we will be wanting to potentially patent something in our offering and I've heard that if you don't have an NDA and discuss an idea, it is considered in the public domain.
I don't really want to ask these people to sign a legal agreement and I've been to some events in the past that have a 'verbal NDA' just for being there, or maybe an email thread you have to reply to as 'agree to NDA'.  I have no idea of the legality of this method, and because we are running very lean right now, I don't really want to hire a lawyer unless it is critical (this may be critical and i might not be, again I'm unsure).
Has anyone else dealt with this question?  If so, how did you solve it?  other thoughts?
Thanks,
Monica

I personally can't stand ndas and entrepreneurs who think that their idea is so special that it requires legal protection. In reality, the likelihood that your worst case scenario of them stealing your idea or claiming ownership is farfetched and only stopping you from doing what you're supposed to be doing in the first place. Learning as much about your target market as possible and using that knowledge to craft your business. If you can't get past this simple roadblock then you are going to get crushed by real competition when it comes.  Do yourself a favor and get over these perceptions because in the end this style of thinking will be more detrimental to your success than missed information due to legal costs or time lost putting it together.

This is every entrepreneur's dilemma in the early stages. You need to weight risk vs. reward vs. cost.  Ask yourself the following:
In building startups my answer has usually been "no" to all the above.  Time to market usually trumps all for me. And the the really big problems I've faced have had nothing to do with lack of IP protection.
Not to say I wouldn't put the NDA in place as a safety measure.   If nothing else it signals to your customer that you are serious about confidentiality. Use a template. Don't hire a lawyer.
Just my $.02.

I agree with Jacob, but I don't think an NDA is necessarily the right concept here.
If these people are acting as an 'advisory board' with consideration (i.e. they get benefits), then put together a simple agreement that says they provide advisory services in exchange for the benefits. In that respect, you have a formal arrangement with them (and thus own any IP) and can include a simply one liner that says that all feedback is owned by you, and is considered confidential.
It gets you to the same place, but you end up with a more mutually beneficial sounding agreement than an NDA.
Ping me on Clarity if you want more specific advice: https://clarity.fm/ronanlevy
Ronan

Is your idea so special that nobody has ever thought of it?
An NDA might protect you against someone on your advisory board executing the idea, but it won't protect you from the thousands of other people who already have the same idea.
In short: what Arhcer said.

Monica... I personally think NDAs  create  the perception and climate for conflict. This is your advisory board. At the end of the day, how can you "TRUST" their feedback if you can't "TRUST" them with your idea. I would not have anyone on my team, advisory board, etc. that I don't trust 100%. At the end of the day, no one can steal what matters any way... the passion to make it happen.
You might spend a little time (very little) investigating a provisional patent if you think you might want to go that route in the future. If that will make you feel more comfortable.
I approach NDAs like pre-nups... they might be valid when you have something concrete to protect... but they don't do much for making the marriage work. I agree that you should plan the divorce while you're in love.... but focus on making the marriage work.

Monica;
there is another FD thread on this very subject from just last week, here: http://members.founderdating.com/discuss/927.  41 responses.
@ Archer, i would recommend reviewing the same thread.
You can see my longer responses in that thread. in short:
1. NDA's have their place.  this is one of them, IMHO.  i would if i was you, especially if you are considering patents.  If these "5 -6 interested people" are individuals then it's that much easier.  if you are expecting their employers to sign that will be a longer road to get through their legal dept.
2. Customers respect your desire to do things right, Their employer would do the same, so don't think that by asking you are putting too large of a burden on them.  Don't think that any tech company of any size does not required NDA's if they entertain discussing prototypes with their customers - they do.
3. An NDA doesn't protect your idea from being disclosed so if disclosure can cause a real problem then don't disclose.  An NDA, like a patent, only gives you a basis for legal action.  Don't ask anyone you don't trust to sign and NDA.  One reason to use an NDA is to set the tone for discussions of potential business transactions (a partnership, employment, M&A, development, etc.).  Our NDA is a "Mutual NDA" which is often more palatable as it puts both parties on the same footing: "you don't disclose my confidential information and i don't disclose yours".i am happy to share our version with you and you can modify to fit your needs. 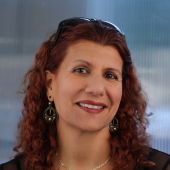 hi Monica, fascinating to read two contradictory responses ...
1. there are hundreds of NDA templates out there -- customize one for yourself -- do not need an attorney for that
2. evaluate yourself whether there is risk of "idea" exposure with these advisors. if they are giving you ideas, feedback, and you still have all the freedom to go and craft/re-craft your concept, then what is the risk?
you could be conservative and ask for NDAs here (the attorneys will back this approach, and it is sound) or less conservative and at this early stage gather as much info as you can. strong patents are utility patents when you know how to make something, even if virtual, not typically a compilation of public domain features, etc.
no right or wrong in my opinion

Monica, A few things to consider: 1. are you really going to sue your customer if they divulge your secrets? probably not. So an NDA is there as one hurdle they have to think about before they speak to someone else. 2. In general, the intent is to prevent them from discussing your idea with your own competitors. So it depends on your competitive situation and whether any leak can compromise your position at this particular time. The emphasis is on timing, because timing is a huge factor. 3. Observe who is liberal with information that would be confidential. Just as they are telling you, they would be telling others about what you said. 4. If they are current customers, do you have confidentiality clauses (even though limited) in your current agreements with them? Most customer agreements I've seen cover this to some extent. If you do, that may provide some relief. 5. Mark all materials you hand out during the advisory board meeting with "confidential - do not forward" or something to that effect. That means also that ideas you'd want to discuss verbally should also be included in the written meeting materials, so that's something to consider. 6. For advisory boards, it's very important to mention anti-trust statements. You can hand them out on a sheet of paper of flash them on the projector so that you're in the clear in case one of them thinks the context of the meeting is not proper or even sue your company later for violating anti-trust during these meetings. You should find this disclaimer in a lot of places, and I can send you a copy if you can't find it. Good luck! Ash --------------------------------------------

thanks everyone for your candid thoughts. I think I have my answer.
Monica

I think you should sign them on a time limited NDA and non-competitive-agreement.