MOU for Angel Investor who is looking to Match

Hi there. We have an angel investor who is wanting to put in money if we can find someone to match his investment. We've been asked to put together a letter or MOU for him to sign stating this fact to share with other potential angels. Are there any examples of letters out there that we can use as a guideline?

That's basically the classic "I'll join your round if you can find a lead" dismissal.   You don't need an MOU, and frankly you don't want an MOU with a non-lead.  The terms of the deal may change by the time you get a lead.  Just focus on getting a lead and move forward.  Let this investor sit on the back burner - I wouldn't waste any more time on them.  You may find with the right lead, you won't need this person at all. 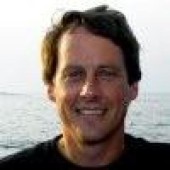 The situation is not exactly clear to me from your description,  It sounds like you have an interested first time investor and he is a soft-commit for a considerable amount.  You are looking to raise $500K, and you have a Term Sheet that you have prepared, but it has not been negotiated with any lead investor.  Since this investor is a first time investor, he may not be very well qualified to be the lead and do the due diligence.  Does your Term Sheet have a minimum amount that must be raised for the deal to commence?  For instance, the target might be $500K, and no money will be taken unless you reach a minimum of $300K.  In that case, if the investor intends to provide, for example, $100K, he could sign the Term Sheet and write a check and you would return the check if you never got to $300K. This would turn him into a hard commitment.  Of course, once you get a more seasoned investor, you may end up needing to negotiate the Terms, which may require modifying the Term Sheet and having that original investor sign a new one.  This probably wouldn't be a problem, since the Terms would probably have gotten better for the investor.  Really though, the thing you need is the lead investor that will go ahead and do the due diligence and commit to some level of funding, even if that is small.  You have a big head-start with the other investor.  So, take the introductions and find that seasoned investor that is willing to be the lead.  Hope that helps.

I've been talking with him and meeting with him for a few months as we've started our journey. We were not ready for investment until now.
He's introducing us to other investors, influencers, and came to visit and talk in NYC. While a first time investor, I believe he is very sincere.
I am getting conflicting advice here:
1. was suggested by the people in Keiretsu Forum and my advisor that I have some form of written agreement with this person when I go in and ask for more funding. They said it would be helpful in getting people to match.
2. Our lawyer has advised that we process all the angels at the same time as to save costs. Not to just process one at a time. He has the term sheet in his hands. So we wait till we have at least $250K (1/2 our round) promised.
3. Your saying "leave him" don't waste any more time.
What happens when the lead is in, do they just write a check? Don't they need some time to do due diligence and get to know us? Your advice is bringing up all sorts of questions on tactics.

Sanford may be right.  If you have structure around how you are doing the fund raising, you could just ask this angel if it's ok if you use their name.  Getting a Term Sheet for the fund raising round is the beginning of that structure.  If you don't have a lead investor to help validate the Term Sheet, you also could ask this angel to be the lead, with the condition that you complete the filling out of the round.

I understand Sanford's point, but I certainly would not ignore someone who's told you they would put in 1/2 of the round but needs someone "smarter" in the deal.  It's waaaaaay easier to tell prospective investors that you have half of your $500K lined up and just need to finish it up than it is to say you've got nothing.
However, you should at least send a confirming email to him with the details that you know of.  No need to get into terms at this point (unless he brought them up).  What you want back from him is a confirming email response.  That will show you whether he is serious and also get him more committed in his own mind.  Certainly easier than worrying about structuring a MOU.

There are no "hard and fast" rules here, so it is no wonder that exactly how to do this is not clear. Typically, a "lead investor" performs two roles, both leading to increased confidence for "followers".  First, the lead commits to signficant funding, maybe 25% of the round.  Although this percentage is highly variable, the idea is that the lead commits in a signficant way.  Second, the lead does due diligence and negotiates the Term Sheet. The lead would typically do things like make sure your books are in order, make sure you have signed non-competes, etc. with employees and any contractors, etc., etc., etc...the due diligence.  The lead also negotiates things like the liquidation preference, the valuation, etc. and hopefully can speak to why the deal makes sense with the given Term Sheet.

You initial investor sounds like he fits the first of these and perhaps not the second.  That's ok.  Several things could happen here.  Sometimes deals come together without any lead performing that second role.  The founder (you) puts together the terms and manages to rally investors around the deal.  This can be challenging though. Some investors want to be followers and want to have an investor they trust that has done the due diligence before they invest. Also, if they question the terms, you don't have any investor on your side that can argue that Terms make sense as they are.

So, ideally you want someone to do the due diligence and get that out of the way. Since you've got this one person providing the initial investment, it is much less important that the "lead" doing the due diligence put as much money in. I could see the possibility of essentially having two people split the two roles that one "typical" lead performs. Remember, no hard and fast rules, so "typical" doesn't mean too much.

If you are comfortable that you could execute on the business plan with $250K, but ideally you want $500K, then you could also modify the Term Sheet to require a minimum of $250K before a first closing.  Then you could have the initial investor go ahead and sign and write the check, which you would hold until you had a minimum of $250.

I have an email confirmation.
Stephan, that is really helpful.
Yes, we are raising 500K and a Term Sheet and no minimum at this time. The investor, that I am mentioning, is asking for there to be a minium of $250K before the deal is to commence.
From your writing, it seems he is not the "lead investor" and I am needing to go back and understand what lead investors job really is. All he has to do is put in the $$, correct to be the lead, correct?
Thank you for clarifying.
I got on to FD b/c we are looking for business development/business operations person for our company. We are smart and are getting ourselves most of the way, but my passion lies in the design and communications. If you all see someone that seems like a good person to meet and interested in interactive electronic fashions, let me know.

Alison, this is a BIG subject and volumes have been written.  good stuff on this site - http://www.thefunded.com/ though there is an approval process and fees to join.  Stephen is right, no hard and fast rules, but angels tend to be heard animals.  A common trend lately for green investors is to go with convertible debt and leave the heavy lifting to the pros later on. of course there are downside to this too... basically a loan that converts to equity at some future date at a discount to a future valuation set by VCs.  i like the idea of convertible equity better - here's an article:
http://techcrunch.com/2012/08/31/thefunded-founder-institute-and-wilson-sonsini-debut-startup-friendly-seed-financing-vehicle-convertible-equity/
-- this article even has a sample terms sheet drafted by Wilson Sonsini (the heavy hitters of startup/VC law firms).
The upside to working with a seasoned 'lead' investor is they've been around the block and know when, where and how hard to push.  Many a now experienced investor can recall stories of their early investing where they simply pushed too hard and did bad deals - pushed entrepreneurs into deals that end up taking the wind out of the startup.  Because they don't know where the skeletons are, green investors tend to want to cover themselves with lots of draconian terms.  One downside for you of waiting for a lead is that the lead could come in and dig up stuff that scares off your current investor.  You may also want to hint to your current potential investor that he/she could get pushed out of the deal if he/she doesn't commit now - the only thing an investor hates more than loosing his money is loosing out on a good investment. I would try to get this first investor to sign an agreement that commits his investment now, but doesn't spend his $$ until you reach some minimum.  I would take a close look at the sample terms sheet in the referenced TC article above and see if you can get your investor to sign off on it then get him to introduce you to other investors he knows and can help convert. good luck!