Mobile Back-end as a Service

Mobile Back-end as a Service - What do you use and why (or why not)?

I don't understand the appeal of BaaS. The promise of never having to deal with servers is not a reality for any moderately complex applications. As soon as you need a demon, minimal security, file creation/manipulation/storage, permissions, any kind of third party services like mandrill or s3, or any advanced data processing, you're going to need at least some backend programming. So services like Parse offer the ability to add said programming in the form of pseudcode like "Cloud Code". You then have your business logic on a completely nontransferable platform, and you're completely bound to and limited by whatever service you choose. Whats more is you've gained absolutely nothing, you still have to write the code, it's just that it's not in a common programming language. How is this a good design?

From the discussion you can see there's a spectrum of choices. A full 'backend' as a service tries to provide all services, and then there are platform as a service options like Heroku (which I use as well). Like with any software system, there's a tradeoff between what you get vs. build. Generally, I'd say it's best to 'get' what you really need, but not any more. Once you need to customize a service or module, it can be more work that having written yourself. And consider that "writing it yourself" can also leverage really powerful frameworks. I'm using AngularJS + Node.js/express + Mongo. Each requires ramp-up, but a huge leap once you get going. -Brent

+1 on Cullen's comments. It'd be great to hear from someone who's used parse, kinvey, stackmob, etc. I've looked at them a few times but every time I end up with the same concern that I'm buying into a set of proprietary APIs that I know are going to be highly-restrictive and I'm going to have to create extra server-side code or a database anyway to get around limitations... then I've got a frankenstein mess that I have to integrate *and* pay double for *and* not take advantage of all the super-cool stuff that is coming out on mainstream stacks.
Like Brent, I've ended up on angular/node/mongodb (and obj-c).
Having said this, if you primarily have client-side functionality and you just need a place to store some extra data and handle push notifications, then parse et al makes a lot of sense if you don't have the server skills.

Hi Keenan,
Do you have particular recommendations on service providers? 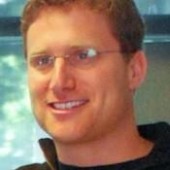 Looks my message got split and truncated. Very strange. My list of attributes were for parse.com

I'd use Parse: https://www.parse.com/ I've heard a lot of great things about them.

+1 for Parse. Although it's been acquired by Facebook so I'd be a little worried getting tied down to their platform. Creating a simple web API for a mobile app shouldn't be too challenging and I'd go that route so you can maintain you independence in the long run.

I haven't seen the need yet to move to a data service. I would lose a huge amount of control and flexibility. And, it's fairly simple and chrap to set up a robust web API these days.

For Beer Hunt, we were on a very tight deadline for launching at a conference and chose to go with Parse. We wouldn't have achieved the quality results in the time required if we had to do any more Ops work or backend work than we did. Parse's data sync APIs for iOS are awesome. But its drawbacks were hard to profile performance of cloud code and we had code timing out here and there we couldn't debug, can't do low-level analyzation of data (have to plan ahead and setup mixpanel tracking). In the end, will definitely move to a separate backend. But a very useful service for quickly building an MVP. Honestly the risk of technology debt is low because your MVP should be relatively simple and rewriting an algorithm for RoR/Node/Python is super easy and a great perspective to think about how to properly architect things.
Will I use it again? Yes