Messing with a Competitor’s Fundraising?

Fred Wilson from Union Square Ventures just wrote a post    about about how some companies interfere with their competitors fundraising. It's apparently a reaction to the talk that Uber interefered with Lyft's fundraising.  Uber CEO was recently quoted as saying, "We knew that Lyft was going to raise a ton of money. And we were going to their investors, 'just so you know, we're going to fundraise after this, so before you decide whether you want to invest in them, just make suer you know that we are going to be fund-raising immediately after.' "
On the one hand, I can see why people think this is unethical. On the other hand, if the conversation is "hey we're also going to raise, think about us..." why isn't this just smart business?
Curious to hear if people have a) done this or had it happen to them and b) thoughts in general on this tactic ?

Business is war, better wear a helmet be aware and be prepared to fight. There is competition at all levels for finite resources, investors, funds, talented employees, market share, advertisting, legal, patents, legislature. (e.g. the taxi lobby against Uber/Lyft type services).

The manner it was delivered is probably the bigger issue.
If it was just a FYI, it's not a big issue.  But if they were doing anything further to prevent investors from investing in a competitor, then I'd see it as unethical - both from Uber's side of tampering with a competitor's ability to stay in business as well as from the investor's side on conflict of interest.

Tactic seems fair game to me if indeed Uber was merely providing an FYI to investors. I agree with Michael - Uber's tactics in other areas are not ethical. Based on Uber's history, it's hard to believe this was a passing mention of "hey were raising money." 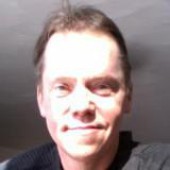 Two conditions (both likely met in this case), suggest that the practice is unsavory:

1) One side feels justified, while the other side feels wronged.
2) If the roles were reversed, the feelings would reverse, too.

In short, if a thing violates the oldest recognized rule on Earth, DON'T DO THAT.
http://en.wikipedia.org/wiki/Golden_Rule