Is it ok to make salary info public and available to anyone in the company? 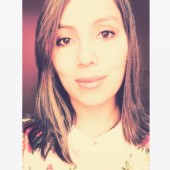 One of the companies that has championed making salaries and equity public is Buffer.  They have done a good job of not only explaining their formula, but also explaining their motivations,  which are rooted in a basic cultural value called default to Transparency.

The pros of such system are that no one wonders if someone making the same contributions as they are is getting paid more.  Since it is all public you can see. When you see, you can decide for yourself if the company is acting fairly or not.  For the management, it means that they don’t have to deal with people trying to negotiate special salary deals which create equity issues with other employees.

The cons of such transparency are pretty much the same as the pro,  it just all depends on whether you like the transparency and lack of flexibility:

If you are a highly paid employee everyone knows it and expects you to perform at a level equal to that.  And if you are a low paid employee everyone knows that too.  Some employees can feel embarrassed about having that info be public - they won’t come to work for such a company.  And  to significantly change your salary you might have to change your job position (this is often the case even in companies where salary is negotiated privately, but because that isn’t public employees might not realize that).

Similarly, management gets more flexibility in negotiating special cases when salary info is private.   They may find that they can offer a special new hire candidate a salary much higher than typical for that position to counter another company’s offer for that candidate in a bidding war. (In the open salary case, with less flexibility and standardized formulas they might just lose that candidate). Management can also discover that some candidates are getting lower market offers, and save some money by offering that person a lower amount as well. That often is what perpetuates the gender and minority salary gap when salaries are based on past salaries.

The key to implementing any new fang ideas is to first understand the culture of the firm.

If your firm already has an open, collaborative culture, it is easy to implement open salary policies. Plus, you can always ask them if it is a good idea to have such a policy. If you get a near unanimous yes, there you have your answer.

So, an open salary policy is just a manifestation of an open company culture.

I absolutely agree with Scott regarding the cons - with transparent and structured salaries you may lose flexibility in hiring and management strategies. I've seen it so many times - when companies really needed to hire another perfect match, they could NEVER stay within the limits.

But... it highly depends on the type of business - transparent salaries policy can work really well for a restaurant, but it won't work for a big IT vendor.  IMHO, I wouldn't do it, knowing all the ordeals of IT staffing too well..

Why not be public? There are no really reason why to not be.

Great answers. As Scott mentions, one benefit of Open Salaries is less wage gap for minorities and women. This however can be accomplished by having private salary guidelines and give all workers a salary based on the same formula.

In a word? No. You can support all the other high-level ideas but salary issues are personal for many reasons. If you did not disclose this to people prior to hiring them you run a risk of a backlash you are not prepar d. For.

Why it shouldn't be public? I think it is quite fair.