How much equity should I give in the Tech company

I want to start a flagship smartphone company, I have great ideas about how the product could be and how to compete with other smartphone brands..

My problem is the initial investment to get first employees..because I want to do the best

What should I do?

The investors may say no because I have no first product

Should I hire the first employees with equity in the company?

If that is the case.. how much equity should I give them in the company

Equity is not given it is earned. Paying employees with equity is not typically a lasting solution. Nobody really works for "free" because they all must cover basic needs like food and shelter. Equity means very little when there is no proof the company will be worth something in the future.

As for what to do, instead of trying to find labor, build your marketing strategy, validate your strategy and assumptions, and adjust your idea to match what the future consumers actually will spend money on.

The markup on smartphones today is about 3x the cost to make. The development cycle on these types of devices means you could need to be building your phone so quickly that you can't afford to do it small scale. By the time you built a single model, your competitors might go through a couple generations of phones and you could be out-of-date. Phones are fad-driven tech. But unlike other computing devices, the margins on phones are good. That's why carriers can do deals to heavily discount or supply phones to users.

Remember that people don't switch for small differences. A 20% difference isn't compelling anymore. Things need to be 50+% different to get people to pay attention. Sure there is a segment of buyers who has to have the latest, but that's following a fad, and they're most likely going to be loyal to a brand already. To change brands your product will need to be DRAMATICALLY different.

If I were investing, I would be very concerned that you could not compete with the marketing budgets of other well-known brands. LG cell phones spent almost $100 million on advertising in the last year and they only own about 10% of the market.

You're going to need to prove an astonishingly good adoption rate of some great significance before you'll have access to advertising funds you would need to be visible in light of Samsung, LG, Apple, and other well-known manufacturers' ad spending.

Take a look at what's happening over at ASUS with smartphones. They have decided to stop being the best inexpensive phone, and now they're being super-elite gaming phones, so powerful they need cooling fans clipped on, and selling for upwards of $1500. More of a mini-gaming laptop with phone capabilities. That's really different, but are there enough people willing to drop $1500 on a gaming phone to make it a business? Even if it fails, ASUS has other lines of business to fund the experiment.

(1) if you're solving a massive problem, then it's likely/probable others will want to be a part of it b/c it represents an opportunity for others to be a part of something meaningful & substantial;

(2) enlist the skills & talents of people who are as passionate as you are about the problem, or more so; you're likely to discover that they'll want to work with you & that they'll be fairly negotiable about how they're compensated. 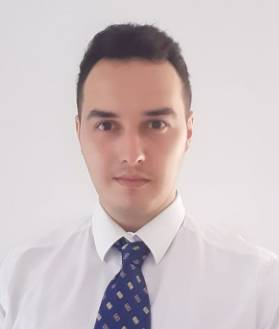 I worked in telecoms sector for a few years and I can tell you the main focus was Apple Samsung. Now you will not set your expectations on the big boys. You need to take market share by creating a mid market phone cost wise with upper market specs, similar to what OnePlus did. You really need one thing and one thing only-capital. If you have the required capital and are ready to risk millions in development and mainly marketing because your main focus will be to convince people you are the switch agent. And in that segment you are taking on the android space. Your main competitors are giants like Samsung, Huawei, Sony, LG, that have hundreds of millions in budgets to market their products and the smaller one that are gaining steady traction and market share like OPPO or OnePlus. So it is an extremely competitive market and it will be very tough to make an impact, and the capital investment will be massive.