Help me select a vendor - What would you do?

We are a very small, bootstrapped startup who manufactures and retails a warm food transportation tote. The tote comes with "warmers" which function as it sounds. We are seeking an overseas manufacturing partner for the "warmers" - which are somewhat similar to hand warmers - and currently have two options. Let me also preface this by saying that we have just emerged from several months of R&D that were spent developing a custom, patent-able formulation for the warmers.

Option A, is a large, well established factory. They cannot produce the warmers to our exact specification, but can make them similarly. I believe this would put them beyond the scope of our intended patent. They are also priced on the high side. The function is close to ours, but ours is still quite superior. The advantage here, as I see it, is that because they are a well established vendor, if something should go wrong, we would have a path to seek recourse.

Option B, is a small, somewhat scrappy factory. They will produce whatever we want, however we ask. They are also much cheaper. And this is who has produced several rounds of samples for us. The risk here is that, if something goes wrong, I don't believe we would have any recourse as they would claim "we just did what you told us to do". The advantage is, of course, price, and also that they would produce the formulation as we specify.

Because we are such a small, under-funded start-up we cannot afford to make expensive mistakes. Would you go for safety, even if it's outside of the patent we intend to file, or go for lower cost and patent-ability?

What would you do?

*Edited to add:
There's also a degree of a trust and logistics issue.  While the smaller factory has made samples for us, they have also lied and claimed to have ordered the ingredients from our specified sources when they didn't.  This is both a QC & functional issue, as we need a high purity grade of materials.
And so, now, I order all of the raw materials myself in the US & have delivery overseas at the factory.
The larger factory seems to have better sourcing in place, and a large R&D team on site who understands this, and I do not need to be involved in raw material procurement.

I would go with the cheaper vendor for two reasons: 1) They will build to the patent and 2) They appear to be more flexible. If they get the contract, they may expand to better meet your standards. If they don't continue to meet your expectations, you can always re-visit the decision. William A. Hartman President/CEO Premier Biomedical, Inc. Office: (814) 786-8849 Skype: w.a.hartman www.premierbiomedical.com This communication (including any attachments) contains Premier Biomedical, Inc. privileged or confidential information intended for a specific individual and purpose, and is protected by law. It is not to be forwarded or disseminated to persons without a demonstrated "need-to-know", without authorization from Premier Biomedical, Inc. If you are not the intended recipient, you should delete this communication immediately and are hereby notified that any disclosure, copying, dissemination, or distribution of this communication, or the taking of any action based on it, is strictly prohibited. If you receive this communication in error, please notify us immediately by calling 814-786-8849. This email and it’s attachments are © 2016, Premier Biomedical, Inc. All rights reserved. Any unauthorized reproduction is illegal without written consent.

Since you already have a recorded history with this option B factory, it may be better to continue and build with them. If you insist on a sample before producing the whole volume that can be used as a layer of protection. Keep in mind, having your business will mean more to the smaller conpany.

What recourse do you really have with a large company to which you're a tiny portion of their business?  If there's a large "mistake" you're just as likely to get the "we just did what you told us" reply from the big guys as you are from the small company.  I would argue that the small company may actually be much more responsive and willing to share in the burden in any "mistake".  The patent cinches it, if it's a product that's easily copied then that protection may well be what keeps you in business (not to mention a prospect for funding).  If this build is such a high risk then you may want to consider co-locating key personnel on-site at the factory during the critical launch of the build so that you can a) answer questions and make decisions in a timely manner, b) control the quality, and c) catch potential issues before they become large problems multiplied across very large builds...

Hi Melissa, I am an Operations and Global Supply Chain consultant who know exactly what you need and can help you get what you need at the lowest total cost of ownership at the highest quality while mitigating most risks.If you wish we can have a free initial meeting for us to discuss the services that I can offer and the associated cost.I think this would be the best investment in your company and your products.I have done this many times for many companies.I am looking forward to hearing from you. Best Regards, Alex Malek President, Operation ExcellenceCell: 408-887-4475

Ayush Amin Owner at Advantage Plus

Dear Melissa India is good option to manufacture your requirements and I can help you to found suitable small / medium size vendor as I have rich experience of procurement and development. China is also a good option but where trust is a big question. Regards Ayush Amin +91 9409011913

Good Evening Melissa,
Have you considered sourcing the Lava Rock stateside? Would you consider a partner in the Mid-Atlantic?

You seem to be in a nice quandary :)

The best thing for you to do (a few more before me have told this as well) is to go with the smaller player. End of the day, a known devil is better than an unknown angel.

While caution is definitely a needed trait, it always depends on the context. Having said that, you have spent a lot of elbow grease in coming up to this level of your product's evolution, so contemplating on recourse will only slow down your GTM timelines. Failing fast is always better. If your product is exemplary, you shouldn't be worried about all those gazillion ways in which things could go wrong. You need a co-creator and not a vendor and option B fits the bill. Go for it, I wish you all the best and would love to know how you are progressing. 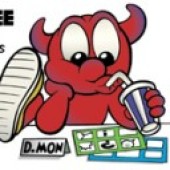 Hi Melissa, usually large manufacturers are able to offer better pricing, thanks to economies of scale. They usually have proper SOPs in place to ensure proper production process. At times their minimum order quantity (MOQ) may be slightly higher than those of smaller manufacturers. On the other hand smaller manufacturers will provide better service and would be more interested in your business.
So best thing would be to order a sample lot with shortlisted manufacturers and take your final decision based on it. Also specify raw materials and consumables you want them to use to ensure consistency and level playing field.

Since you have 'patnet-able' product, it would be better if you go with a manufacturer (small or large) who would deliver product exactly as per your specs. If you settle for a product that is a close match, then I don't see any point in developing a product as you have developed. So be firm about specs when discussing with manufacturer.

Also have a proverbial watertight contract with concerned manufacturer to ensure your IP is protected. Depending on geography respect to IPR will vary. There are lot of manufacturers (especially in China) who would manufacture products for you during one shift and cheap copies of those products in another. So be careful while selecting the manufacturer. This is my take based on my experience of finding manufacturers for customized products.

I suggest you look at whether you need after sales support which I guess you would require. If the small vendor has the capability or the inclination to partner you in this you may go with them or create a separate JV identity. If your product has to have business case, the business model you choose must be unique to it. After sales Service is a key area for new products to mature and have a positive image in the minds of the customers. Your costing and pricing have to take care of these. The small business must have the ability to scale up production and packaging and delivery. It also requires an Exponential increase in cash flow which must be planned for. With best wishes Agasthya Sent from my iPad 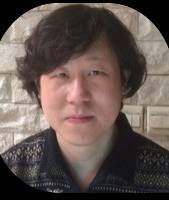