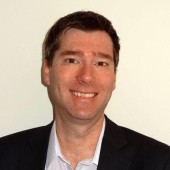 Does anyone have any particular experience in outsourcing hardware development?  My product requires producing a small consumer-electronics component, but the real value is in the software and network.  I would like to investigate working with a hardware partner that can handle the design and production (and possibly even distribution if they have the right network) of the device, while I provide the software, branding and pricing.
I am not even sure what companies do this sort of thing.  Belkin was suggested to me by a VC.  Are there others?  Has anyone done this or otherwise had experience working with hardware partners?  I would love some information on how this relationship typically works, what kind of financial arrangements are common, what types of upfront costs are required, how long it normally takes (this is not a complicated device), and how to best reach out to them. 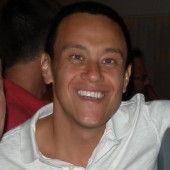 Some things I've picked up over time you might want to keep in mind:

- First, the bad news is that your current prototype is raspberry-pi based.  Unfortunately this platform is the least-production friendly of the ARM experimenter-board options right now.  Numerous teams have encountered that Broadcom can only handle inquires for this SoC in volumes of at least 100K+ units  (and even that is a tiny run for them)  The SoC also uses a complex pop stacking design - limiting your production partner options significantly.  Remember, it's not just about getting your hands on the chips, but working with a silicon partner that is geared up to work with small teams making inquires when your custom board doesn't work - or even getting access to data sheets.

- If you're still early enough in the software and feature design phase, look at something like the Beaglebone (similar to Raspberry pi, but based on a similar TI based chip) or dev boards from Freescale or Atmel.  These platforms tend to be more "small volume production friendly" - with the ability to source 1, 500, 1,000, or 10,000 units as needed from distributors like Digi-key or Mouser, etc.

- For a connected device running linux, the required processor, sdram, and ethernet phy options out there are going to push you towards fine-pitch bga components.   At first glance, these look seductively inexpensive from distributors (e.g.: maybe $2 for your SDRAM chips in volume) - on the back of a napkin it seems like you should be able to sell your product for $50…

What you'll find is that these components are rarely "small-run" friendly.  They'll push you into very complex high frequency PCB design and testing, limited assembly partners, plus minimum part buys. (and you'll rapidly eat up your cost savings here)

The reason for the technical details above are to lay the groundwork for the next part of the discussion….

It's a lot easier to get into the small-volume hardware / devices business these days, but productizing something complex at small volumes (10K units) is expensive.  You'll need to make sure your business model can support this.

The raspberry pi is developed in close partnership with Broadcom and they've produced close to a million units.  The whole project has a lot of people wondering how the math works out and if it's actually subsidized by broadcom right now.

In an earlier project, I had estimated that for another team to take the Raspberry pi schematics and build an *identical board*, the per unit-cost at 1K units would at least be double. (~ $50 - $60)  TI sometimes provides this information about their dev-boards.  For example, TI's guidance on the Beagleboard (similar specs as the pi) was that a team could expect the part+production cost for a 1K unit run of a customized adaptation at around $100 per unit.  Remember that's still minus the shell, power adapter, and packaging

So - if your idea supports selling the hardware component for ~$200, a $100 per-unit production cost probably can make sense.

The other approach to think of is building your custom hardware board around a module.  Module vendors like Gumstix, LogicPD, Phytec, etc… produce the core complex parts of a design in large quantities (Soc, SDRAM, Flash, Ethernet PHY, wifi+wifi testing) then you only need to work with someone to design a simple baseboard with the ports you need and in the shape that you need.    There was even some discussion about coming out with a version of the pi in module form - so you could source it without ports  and design a baseboard around just what you need

Ok, I'm surprised the text entry field on this website hasn't cut me off by now…. I can go on and on… l'd be happy to chat about your project sometime - just let me know

Check out Dragon Innovation (http://www.dragoninnovation.com/). They work as a design and manufacturing partner with offices in the US, China, and Hong Kong. I can put you in touch with the CEO, Scott, if necessary. Thanks, -Dan-

I've spoken to these guys and they get high reviews http://www.coghlincompanies.com/index.php

Chris Robertson Technical Operations, DevOps, IT and all that jazz

I worked with a local guy here in the SF Bay area who can do full stack hardware design much more cost effectively (at least on small projects) than the big shops I looked into (for small server boards). If you're interested I can put you in touch and you guys can talk and see if it's a good fit. Chris

I'll second Dragon Innovation, they're the best at bringing your thing all the way to market.
If this will be connecting to a smartphone or tablet, let me suggest you talk to http://punchthrough.com/ who is top notch at this stuff and is based in SF. 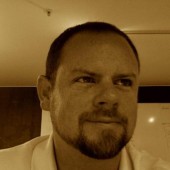 Do you know the scale of your first product run?

Hi Eric, Check out http://pchinternational.com/Accelerator/Accelerator.aspx They work with startups on design, prototyping, etc. all the way through supply chain organization. Best, Mike 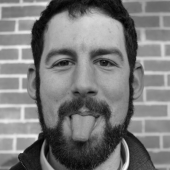 I have some experience in hardware development.... of course it's an "it depends" questions, whether you're looking for a proof of concept prototype, or you're looking for a branded, sleek industrial design, and whether you want to take it to production tooling.
Most firms will work as consultants and eventually set you up with a contract manufacturer. Some smaller shops I know take equity. Feel free to contact me, I'm curious to learn more.

Thanks for all the responses!  To be more specific, over the past 9 months I've built a working prototype based on the Raspberry Pi.  So what I want to do is essentially strip the Pi down to only its most basic components (SoC, RAM, USB, HDMI conn, mini-USB conn) and add built in flash & wifi.  I don't need all the leads and connectors.  And then I want to package it in a single, small, USB-key sized form factor.  It needs to be ultra-cheap (which, fortunately, the Raspberry Pi is).  So when I say it is not a complicated device, I don't mean that it is just a lightbulb connected to a USB port.  I just mean that all of the cost & technology challenges have been solved by others.
I am in the process of raising funding, so there is a bit of a chicken and egg.  I don't really know how big the first run will be.  I was thinking 10k.  But it will highly depend on the amount of capital I can raise.  That's why I am interested in how much it would cost me for all of the setup and design costs through to getting the first samples.  Because the likely route will be to raise angel funding for up until the first 10k (or whatever I can afford) are developed and then series A for scale.
Dragon Innovations sounds very interesting indeed for this.  I am a software guy, not hardware, so I am looking for a full solution.  I don't mind managing the process, but I am not going to be opening up CAD, for instance.  I am, however, quite versed in systems-level and embedded software/firmware so I can take it from there and all the way up the stack.