Good firm to do 409a valuation?

I've read the two other threads regarding 409A valuations. There are two questions I'm still looking for guidance on.

1) Do you have recommendations of a good firm to use for a 409a valuation of a illiquid corporation? What was the cost? It seams that the price of a valuation was coming down in 2013, I'm wondering if Ican afford to do this on my own dime, pre-funding, in order to lock in the best valuation for my first hire.

2) Mine is an illiquid corporation with no customers, no patents, no investors, no nothing except my own experience in the subject matter, big plans, and some code that I happen to think is really slick. It's been years since I formed the corporation, and all of my shares have vested (par value strike price). Would it be safe to say we're STILL at or near par value? Or is there more value to the company even though we don't quite have anything solid yet?

Hey Zach - I've worked with Scalar and it cost $2500, which I was told was about standard. We had just done a $2m seed, so there was more info to go off of than you have now but the truth is they almost always at early stages get very close to the valuation in your last round.  Can make an intro if that helps. A 409A is basically a CYA for boards and don't actually have to be followed when pricing options, but everyone does because it's safer to have a 3rd party give the number.  In short, not sure you need to spend those sort of dollars just yet.

Who is getting the shares and why?

Why are you doing a valuation?  409(a) is principally used to justify the strike price on stock options because there are tax implications if you underprice them.  If you are raising money your valuation will be a result of the negotiation with the investor.  If you're trying to hire someone and want to issue options given the way you've described the company you can probably use any reasonable value the parties agree on and save the valuation fee.
409(a) allows the company to do its own valuation if you meet a few criteria including being less than ten years old, having the analysis done by a competent professional (the regs are not specific on this but if you have a CFO or VP-Finance with lots of experience and/or professional credentials it is probably fine) and a few others.
If you decide you really need an outside valuation the prices mentioned above are in line. 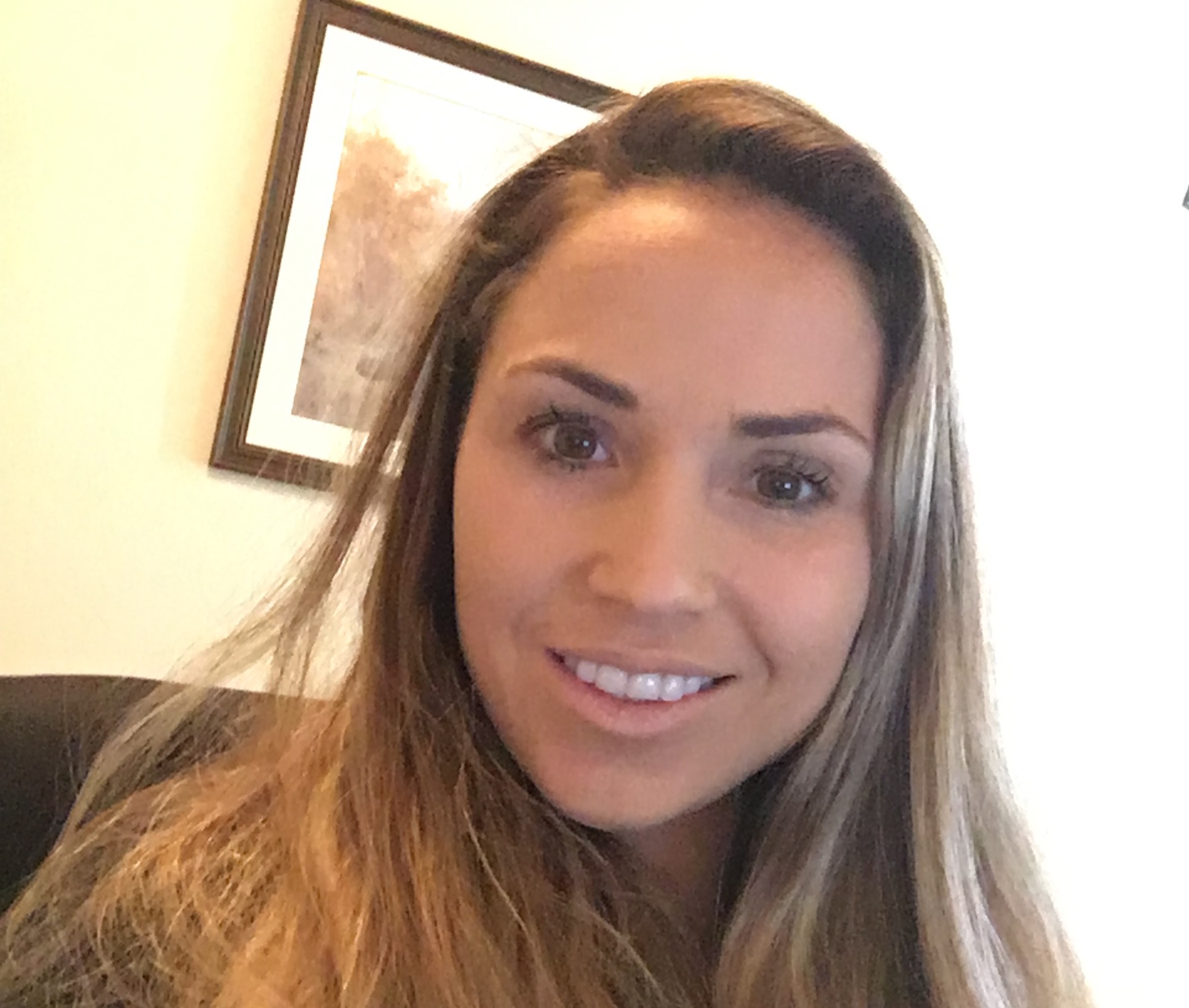 We can help you at eShares. We provide the most 409A in the world and have a internal team of highly trained analyst. Email me: rachel.farac@esharesinc.com.

You can try a very experienced valuation person and former investment banker Ron Quintero.  He can figure out a valuation method that makes sense for where you are in your stage of development.  Hope he is helpful and here is his contact information:

Thanks everyone, very helpful!  Several sources are telling me it's pretty reasonable to make up my own valuation in this illiquid situation, but personally, I'm probably not qualified to do so (and I'm the only one here).  Perhaps I could estimate conservatively high?
However, a restricted stock purchase agreement with buyback clause is also looking like a good option.  The shares still need a price though, so I'm not sure why it seams that no valuation seams to be required for this method.  Anyone have experience with this method?

Well +1 to you...  Congrats.  If you ever do it over again, though, don't worry about a S (Federal distinction) or LLC (state distinction).  Instead, just do not incorporate.  Until you have revenue or investment, there's no upside to any kind of incorporation.  Celebrate your enthusiasm with a party - it would be a better use of those funds.  You can sign some agreement with your cofounder, but you should only work with a cofounder you're willing to trust, so even then I wouldn't be too uptight; that's me though: others who have been burned by cofounders pre-incorporation will likely tell you something different I imagine.
You can file a form with the IRS change to an S right now if you want (an S can actually be a type of C), then change back when you have investment.  This is only worth doing if you anticipate not getting investment in 2015 - the upside is just that the losses you're incurring on the C will pass back to you through a K-1 and end up...  back on your personal schedule C, which is (in my opinion) where everything should have been this whole time.  Water under the bridge at this point - I like your combination of enthusiasm and legal compliance.  Keep at it.
Anyway, same principle applies here: if you don't have an option pool, don't start creating one until you have investment.  As a rule of thumb, I'd keep my legal & accounting fees to less than 10% of my expenses (ideally a lot less).  If you can't afford good legal or accounting by this rule of thumb, it's an indicator you should be looking to avoid the situation entirely that requires it; don't cut corners on either and don't let their fees dominate your business' expenses.
So what's the solution?  In this case, I'd sign a contract between your C corp and this developer.  The contract should contain:
1) Legal assignment of all IP created to the company, including source code.
2) A non-disclosure of some kind.
3) The statement that a recommendation for an option grant of x shares will be put forward to the board *after* a minimum investment of some dollar amount has been obtained.  Put a clock on this too (it can be long - 2 years for example - but something).
4) Since he's likely to balk at the idea that you're just guaranteeing presenting the recommendation rather than guaranteeing the grant (which is the correct language - only your board should grant options, and you don't want to grant them until after the investment), give an alternative cash payment in the event (and only in the event) the board rejects the recommendation; it should not be applicable in the event you fail to get the investment.  If he's worried you'll get profitable without needing investment, you can put in that contingency too.  Basically, pick a monthly rate...  that you're unlikely to ever be in a situation to have to pay.
If he doesn't like this, point out that the options are worthless if you don't get an investment, and this protects him from any tax liability in that event.  If he's worried about not naming the strike price now, offer to pay him (*after the investment* and only in the event of an investment) a lump sum of the difference between the granted option strike price and some strike price you agree on now (par value, for example) on a 1099.  This will prove a modest amount.
You are correct that RSUs would be another approach here, and at least given what you told me, I'd have no issue telling the SEC that par value was absolutely the correct value (that's just me though).  However, a contract that does not involve affecting the cap table prior to investment is more valuable to you both.  Your goal prior to investment is to not make mistakes and not spend money.  You can achieve these things by basically trying not to do anything whenever possible.
Now go forth and stop talking to lawyers, accountants, and professional consultants in general until you get some funding...  And even then, at a minimum, try to follow my 10% rule.  No matter what they tell you, those guys don't add value: the good ones just don't subtract it.  You add value by working on your business - put all resources towards that as long as you can.  Good luck.

Chris Murphy Director of Corporate and Legal Affairs at E2open

If you will need valuations regularly, and most likely you will, you should definitely at least consider eShares 409A as a service option.  https://www.esharesinc.com

Actually, on thinking about it, I am concerned you're asking the wrong question.
+1 to Peter's question: who is getting these shares and why?  Not sure options is the right approach (strike price aside).
Also, your description of your company has me nervous: 1) you set this up years ago; 2) it has no IP other than some code you created; 3) it's "pre-funding" but you've clearly had professional expenses of some kind, which I assume means your cash; 4) you set up a vesting schedule for yourself that you've completed - so the company is possibly more than 4 years old?  Not sounding right to me; I would have treated this situation as a "sole proprietorship" and filed through a schedule C on your personal taxes.  Did you have a cofounder bail on you or something?
Have you been filing taxes on an annual basis on a state & federal level the past 4+ years for this company?  Are you incorporated in the state you live in?  Nonprofitable unfortunately does not exempt you from filing (or, sadly, from paying taxes in most states).
The reason I ask is that it sounds like you're about to involve someone else in the company...  There might be bigger problems here than your opinion of fair market share price.
There may in fact be professional work that does need to be done here, but it's not by a valuation firm.  I spent years dealing with some incorporation documents my cofounder eagerly filed in his excitement at "starting a company."  Ignorance of compliance does not exempt anyone from compliance unfortunately.  Still have the scars.