Founders of early stage start-up wants to hand over the reigns. How much equity should they retain?

I am the founder of a company with a successful test market. I've been approached by the founders of a company in a tangential business (both in the fresh convenient food space) that wants to hand over the operations and development of their business.

They have done a good job generatingtraction with early adopters, but we agree that some major shifts are required to grow the business without massive investment (i.e. move from a home delivery model to small scale retail outlets) The retail has not been tested.

My company is not currently generating revenue because I needed to pause sales to decrease the burn while I seek investment. Not ideal, but the reason that I'm considering involvement with this company. I have a network of investors who may be interested if our collaboration is attractive. It is questionable which brand has more value.

How much should the original founding team (2) retain.
Thank you!

James has good points. If you are looking for expansion capital for your current capital, adding another will add some complication. If you have used outside investors your ability to offer a separate class of shares for the 2 founders may be limited by what is in the company agreement, operational bylaws, etc. At the least adding more shareholders will dilute whoever has put money in up to this point, unless someone has anti-dilution provisions..which is not likely.

If you can't come up with a real valuation, and there are probably half a dozen models that angels look at for early stage companies, then I would suggest you structure an earn out based on revenues of the new joint company. This is kind of like revenue financing but it adds risk on the other two founders since I assume they would have not real power in the new company, more of a transitional consulting role?

If the two founders want a pay day right away, and the current investors don't want dilution, then perhaps you could bear the brunt of dilution personally (gasp) so the outside investors are only being impacted minimally. If that is the route I would propose some additional incentives as part of your compensation package that are triggered by reaching a performance metric, like revenues, margins, customer base growth, etc. The point here is to get everyone on the same side of the table without creating major strain.

Of course there is also debt (if you have collateral, including A/R or other assets) or you could simply say no thanks and concentrate on your present investment needs to grow your own baby without putting too much financial weight  and/or on it's shoulders.

After you hire people to run the operation and development of this business, is there still profit?  Or would you just be buying a job? 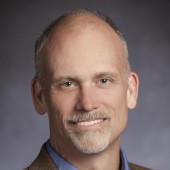 Stacey -
That is really interesting question. I doubt there is an exact formula to cite, but I would try to approximate the starting point with a FMV (fair market value) of each business and current calculated stake in the new company (given existing cap tables), then I would discount the exiting founders by ~10%-40% based on how much more needs to be done to reach new-company profitability.  I would have clear tag-along rights and not protect them from dilution in future rounds.
Arriving at the FMV of the combined company could be done as the sum of FMV-1 and FMV-2 and ignore any cross-benefits in the new company. I would further argue that strategically you want to be able to say that the new company is greater than the sum of its parts and so the FMV should be like 1.2X of the FMV1+FMV2. Or pick 1.3X... no idea what your situation is.
If you are saying that their company is worth more than your company, then the equation can still be used, but I think that the founders selling early on (before scale and profitability) is more problematic.
In the event that the companies are very early, then I might instead look to structure the exit for the founders of the other company on a contingent basis.  I might - and here is where I probably am out of my depth - shift them into a separate class of shares or issue them warrants in a restructuring of the cap table.  (NB: I am neither a financial advisor, nor an attorney, nor an expert on SEC regulations, so please consult someone who knows more. )
On the other hand - what are you really getting by acquiring this other company?  It really seems like this is a very early stage thing, and in that case the main value of the company is the business development, which might be difficult to leverage if the founders are gone.  I would be highly skeptical about goodwill or other intangibles.  As I think about this more... the thing that occurs to me is - all things being equal - what would you pay for someone to do the work that they've done and that you can now actually use?  What is it worth to your company?  They're selling, but are you buying?
Hope that helps.

Don't give them any equity, instead, pay them a royalty on sales generated from their ideas and a commission on sales generated by the customers they bring.
If you pivot away from their idea you will no longer owe the royalty, but you will still owe the commission. If you get new customers to their idea you will owe the royalty but not the commission.
This would be the cleanest way to do it.
OR...you can use the Slicing Pie model for equity allocation which will give you a perfect split. The Slicing Pie model does not depend on your ability to value either company. Rather, it takes into account the fair market value of the inputs to both companies, this is because both companies are so early stage. The fair market value of the inputs will translate into "Slices" your share is equal to your slices divided by all slices.
The model is dynamic, meaning that it changes over time to keep it fair.
This means as you continue to work, you will contribute more slices and your share will grow. They will also contribute slices from royalties and commissions.
I've written a book on this topic and I will send you a copy if you contact me through SlicingPie.com!