Do you need startup experience to be a good VC?

Venture capital is becoming increasingly more popular for recent college grads. But it seems to me that the most successful VCs are the ones that have founded companies themselves, or have been a part of many early teams. How does a lack of these experiences impact someone’s ability to be a successful venture capitalist?

There's a difference between being "in" as a venture firm partner and "in" as an entry level employee. Perhaps the real question is can those at the bottom work their way to the top, or do they need to leave, learn and then come back?

To my knowledge in today's VC industry in order to get in, it is almost an implied requirement to have started and have run a startup and if you managed to have a "successful" exit even better. Without that operational startup experience, in my view, is close to impossible to get into the VC industry. However there are some VC power players who never run a startup, you can find the names if you google the top 10 VCs in New York City and read a little bit about their background.

I am going to agree with Alfredo, especially for someone coming out of undergrad and getting an entry level VC job.

@Eoin I've seen or heard from my peers many instances where younger people are going into VC. For example, I have friends moving into VC with little to no founding experience. And I also have experienced VC friends saying their firms have started hiring younger people that have only been out of college 1-2 years. I am surprised by the number of instances I've heard, which is why I started the discussion!

@Lucas--
A reason why VCs prefer college grads [though I would say that's more of a trend than the norm]....or, like you said, VCs becoming increasingly more popular for recent college grads.

While founding companies themselves, or being a part of many early teams can be taken as a prerequisite to FOUND/START a VC, working in VCs need not necessarily need such a background.

It's important to remember that ANY experience has a downside too--the baggage [aka mental blocks] associated with that line of experience. Unless the individual has the capability & inclination the relearn, such mental blocks act as inhibiting factors.
And this is where fresh college grads would score.....they [or at least most of them] come with a clean slate....NO baggage of any sorts They are impressionable & get to learn faster....what they are given to learn--meaning positive or negative ways of working--depends on the seniors of course.

Venture Capitalists, manages a fund that gathers high-risk investments, so the best VC is someone who reduces up to the most the risk involved without letting escape those great up-sided opportunities while maintaining a logical return/yield overall. A background in Economy or related academic experience and a thorough understanding of investments might be the requisite.

Maybe... but lots of VCs hire associates and that's been de rigueur for some time -- same in PE, hedge fund and broader finance worlds. Perhaps, there are more candidates that would have went the management consulting or IB routes now pursuing VC associate careers but I don't think it represents a big shift -- in the bigger scheme of things, there just aren't that many VC associate jobs (and they don't pay great and don't have the same career potential as the big finance jobs). There are more VCs at the moment than previously but they're still small fries; most don't have budget for associates and so they fly in the research slipstream of the bigger folks and chase their investments (in the assumption that the associates/partners at the bigger VCs are doing their homework or know more).

Perhaps this is a reflection of you and your network (you're on FD after all)? 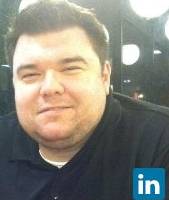 Vision, numbers and business acumen. Not necessarily startup experience, but it definitely helps the learning curve.