Do VC’s, angels, and businesses hold the future hostage because they lack imagination?

From some of the FD discussants, it appears that the venture pattern is: First you develop an organization, then you look at several concepts for a viable one on which to base your venture. As a consequence, the product concept is usually very simple and often is an imitation of what someone has already done. So you are really just defining your competition and proposing how you can do it better. But do you yet know how you can do it better?

What I don’t see is someone, a venture capitalist, angel, or business recognizing a truly unique and important concept, doing a marketing study, and then developing an organization to bring it to fruition.

Today SaaS is much less expensive and much easier than just 15 years ago, but take something like Space tourism for example. While tourism is not new and everyone can grasp the concept and desire to discover new places, space tourism is in its infancy. It is tremendously expensive so you have a very short list of very accomplished and very wealthy entrepreneurs working on it (Bezos, Musk, Branson...). This new market is beyond the reach of 99.9999+% of entrepreneurs, angels and VCs. On a smaller scale, I suspect that if today you built a toilet that performed well in zero gravity you would have a hard time finding a significant market for it, but if 20 years from now space tourism and habitation of other planets is common place then you will find a market of educated buyers who understand the need for your product. As it stands that would simply be an improvement on an existing product so perhaps not the best example, but you get my point. Perhaps a cure for mars flu?

I think it's a tough argument that "VCs, angels, and businesses" lack imagination. Even if you isolate it to technology, there's trillions of dollars in value that would argue otherwise.
I also don't think it's a fair characterization that most startups are team-first. It's just the opposite. Someone typically has an idea and convinces other people of the glory of the idea to join them. But even when it is team-first, why does that imply a "very simple... imitation?"
I'm going out on a limb, but it sounds like you might be a bit frustrated getting traction with investors? If so, do you want to talk about that?

I think this is an interesting challenge. If you are running a technology based startup outside of a major city. Investors tend to be more old school VC types. Very risk adverse. Don't take this as don't work on your project. Just take it as it your project doesn't meet their 10x rule and it scares them. This can be a challenge when outside valley type environments. I've been there, what I have found very effective is detailed business plans, the type people used to write in the early 2000s. This seems to make them feel less at risk.

I don't think that it is the VC's job to study the market. Generally VCs would be glad if a founder approach them with a thorough homework being done. According to some of us, VCs are those individuals with sufficient liquidity in their kitty who are keeping an eye on the latest business trend where they can invest and reap the profit after a short period of time. If one look at VCs for direction, yes they need to study the market so that Entrepreneurs are on the right path. But this shows that the startup is being owned by the VC itself.

All the investor is trying to solve for is investing x, and getting back y after a reasonable period of time. What more do you expect?

If the business is truly unique there is no relevant evidence that can predict its success. The only predictable results requires there to be something similar between the past results and the projections. In the unique business case, the only results that matter are the first sales results of the new product.

Several of you have revealed the real issue, which I need to spell out.

Rob Gropper has experienced the situation I am in.

It seems to me that what comes first, the idea or the business group to support it, is a little like what came first, the chicken or the egg.

I don’t mean to demean the imagination that ventures have used to see the possibilities of their ideas. The successful ones have made a lot of money. But I do feel that many of the ideas ventured could have come from brainstorming sessions. They are based on combining ideas that already exist or can easily be foreseen.

My situation is somewhat different. I am a mathematician who has been working for twenty years so far on a method and computer program that I call the Explainer. The Explainer extends the capacity of humans to solve the many complex problems they are now unable to solve. I believe, some might consider naïvely, that a computer method to solve these problems might lead to less chaos and hostility, thus creating a more harmonious world. Sometimes it takes the naïve to tackle problems that others feel can’t be solved. I qualify.

In my defense, I have developed other methods that have been used to solve problems that others had not been able to solve. One of these, the DSM, is now the subject of annual international conferences. The 17th was last month.

I believe that much of the trouble we are seeing in the world today is due to our inherent inability to solve the problems in society that we are faced with.

I have been able to propose solutions to a number of problems that have Congress in conflict, or show them how the problems can be reframed so they can more easily be negotiated.

But I am facing a catch-22. No one seems to be interested in looking into this unless they first see it applied to a problem that everyone can see the value of. But no one would make that effort if they don’t look into it. Illustrious examples have not been adequate. No one believes in the consequences of a method they don’t understand. So it behooves me to make it understandable. I am working on that.

At 83 years old, I am overwhelmed at the work that has yet to be done. So I am looking for other participants in this effort.

The Explainer method could be put up on the web where people familiar with a problem could collaborate to solve it. A charge could be made based on the size of the collaborating group and the amount of time they use.

However, I would look for colleagues who would be motivated by both the social good they could achieve as well as the money they could make.

I suppose I have several choices on which I would like some advice. I could turn it over to a company such as Google to take it on. Or I could go for a joint effort through sweat equity. Or I could publish it in the hope that someone will take it on. I am more interested in the social benefits than the money, although I wouldn’t object to earning money that my children would inherit.

I am within days of finishing up a comprehensive description of how the Explainer works and would be willing to share it with whoever is interested in pursuing it.

Perhaps the Open Source movement/community might be helpful. Also, i find video (even white board animation) helps to condense complex concepts into something more digestible.  From you description above, i get the basic concept (i think), but i can't see my own immediate need and thus i am not  compelled to dig deeper.  "show" me now it works - "the explainer" needs some explaining.

It also sounds like you need a business development cofounder. Someone who can do the research build the pitches etc. that is not an investors job. 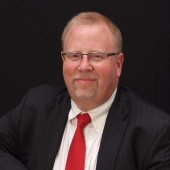 Rob Gropper tells a great story.  New market development is SUBSTANTIALLY more work, with SUBSTANTIALLY higher risk than is linear extensions of existing platforms.  No one, VCs included, has a crystal ball that tells us to whom fortune will fall.  So it is understandable that so few are going to be willing to take on that level of risk with so many unknowns and so much left essentially to luck.  I think the best one can do is to demonstrate to an investor concretely how certain market and technology trends are going to converge to a definitive point and how what you are developing is going to coincide with the needs of that point (thus preemptively gaining the first mover's advantage).  I wrote an article on LinkedIn about how that trend timing is the innovator's secret weapon.  Many have failed because they came to market too early and missed hitting this convergence point in the right place.  I think of it like trying to land a rocket on the moon... you have to know where the moon is going to be and where to fly to right now so that you can both intercept at the same point... a bit of rocket science in both cases.