Did Adblock sell out?

Adblock, the popular extension for Chrome and Safari, has announced via a pop-up to users that it has been sold -- but doesn't mention a price or a buyer. The company was previously privately owned by its founder, Michael Gundlach. Adblock reportedly has over 40 million users, and the deal comes at a time when intense scrutiny is being placed on "content blockers" in general. Can the extension continue to be trusted if the new proprietor is entirely anonymous? 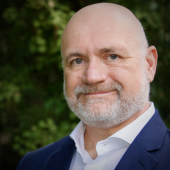 Of course they sold out.   Michael Gundlach was paid millions, most likely, which means that he doesn't have to work again as long as he lives.
I am shocked, *shocked I tell you*, that someone who built a business model interfering with someone else's business model is abandoning the "purity" of his vision.   He was messing with someone's livelihood.  You gotta be pretty brave or foolish to do that in any world, including the Internet world.
I wouldn't be surprised if he received other clandestine incentives or threats that made him realize that his continued course was displeasing to some very powerful interests.

I also noticed that it now defaults to showing "unobtrusive ads" instead of blocking everything by default. Though it tells you this and allows you to block everything again very easily. 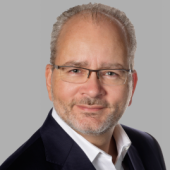 Likely it was AdBlockPlus that acquired them to expand their installed base by 40 million users.
ABP had earlier 'adopted' the 'unobtrusive' ads model (they always controlled which ads you saw -- the acceptable ads), which translated probably means "we'll show you the ads by people that pay us to show them." Problem here was that users could not really control that decision, and so millions (me included) switched to AB, which was a code fork from the FireFox extension AB gang that was refactored into the Chrome extension many use today.
If you look at the exception rules for AB and ABP - the both use the same list now -
(https://easylist-downloads.adblockplus.org/exceptionrules.txt)
anything marked with @@|| which means 'show anything from this page', the likely companies paying to play quickly emerge: Google (search, maps, adSense, soubleclick.net), Amazon, About.com, eBay, etc.
This should surprise no one, ever. Ads are huge revenue sources and if you can't control the blocking vendor, then you pay to play.
On AB, at least, you can opt out of this. And both programs can block all ads, though the CPU and page load time cost usually isn't worth it.
Users may cry foul and switch to uBlock Origin (I have for now) but in reality this is capitalism pure and simple -- someone adds a 'feature' that a customer is willing to pay for -- it is no different than an online bookstore or music store taking a cut of the revenue from producers that want their items sold and/or featured by that store. Or put in a bricks/mortar way, the ad producers are wholesaling their product to the ad blocker middleman to be merchandised by the ad-supported website retailer. How is that hurting the user of the browser extension? We still can opt-out, create our own blocking and exception lists, etc.
So in answer to Victoria's original question, I would say that if AdBlock did not inform users of the unobtrusive ads 'feature' or had a secret backdoor list of paid-in advertisers that the user had no control over, then many would consider that a sell-out, i.e. making of false promises to its user base. As it is, they are being aboveboard (so far) and the code is open source so anyone who cares can review the ad exception processing rules code and/or clone the repository and make their own ad blocking extension.
Finally, let us all be careful about the 'sell-out' characterization -- most of us live and work in a part of the economy where M&A or IPO is the end game, lest we offend our finance masters by not executing a proper exit strategy! :-)