Can we accelerate the speed of the world economy (production and consumption) speed with E-Money ```Cryptocurrency`` via replace physical money? 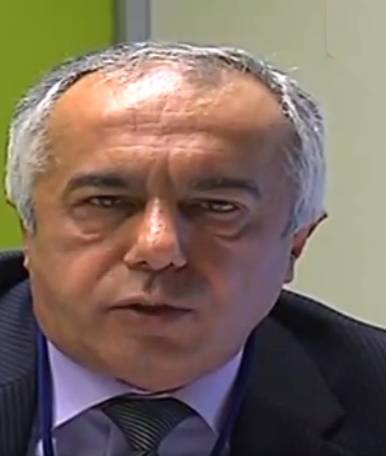 Can we accelerate the speed of production and consumption ``economy`` via replacing physical money of national exchnage tools with E-Money ``Cryptocurrency``?

As others have stated, people like to have a trust that they have money in their hands or under a mattress, etc. BUT, the reality is that argument only holds so much water. When we place our money in a bank, it is immediately in the cyber world. People lose focus of the reality that there is no real money in the bank. Their money is mere digits being traded throughout markets. The same cyber threat that exists for Crypto Currency, under that argument, exists for traditional banks. While there is perhaps more traceability and accountability with traditional currency, in reality it is very vulnerable. Any currency and economy is exposed. Part of the problem I see currently is that crypto currency and blockchain technology is EVERYwhere. It is almost as faddish as the very word "Entrepreneurship" has become. I recently met with a young entrepreneur..passionate guy...really felt he had the next great thing. He wanted me to sign an NDA, which I never do unless a contract and compensation has been put forth. But as I told him, "As a matter of entrepreneurial competence and principle I don't sign NDA's, but what is worse is your company utilizes crypto and Blockchain technology and literally every week I get pitched at least one startup that has this tech as its core structure." It is like guys are sitting around at bars talking as loud as they can about their crypto currency or blockchain tech startup thinking it will impress some woman next to them. The technology will succeed in some form, but not the mass trend it currently is with a sea of entrepreneurs treating it like the next fashion line of clothing. The people who are in it for the right reasons and truly are seeking to engineer and solve problems will have success. But there will be far more who wash out and move on to the next "it" talking point of entrepreneurship. My 2 cents anyway.

The problem with E-Money is that one supernova magnetic field could take down the world wide web and all electrical networks, stone age. The world population would drop to what an agriculture economy could sustain ~ 1700.

The real problem is that the world wide web is not designed, laid out, to be secure. The goal was speed and breath of communication. This is why security is such a problem and seems to be a punpkin seed with the slim on the surface. E-Money system maybe hard to hack but nations do have the capacity to hack it. The hardware in the system must be the strong point which is not the way that 5G is going. It actually will make hacking easier. China is builing into it's hardware back doors. Do you really think those back doors will not be used? Until the people that purchase the hardware make security the highest priority and there are watch dogs then we should not expect any thing on the web is safe.

No. People want some assurance that their money means something. That's why the stick paper money under the mattress, hoard gold coins, and why when there's doubt about the backing of money, you get things like hyperinflation and runs on the bank.

1/3 of adults in the world don't even have access to a bank account. Electronic money won't replace hard currency any more than credit cards. Worldwide credit card usage is less than 20% of the entire planet's population.

No. Crypto will be niche. Sovereign governments will not allow its proliferation because it is designed to be uncontrollable therefore will not pass regulation required for broad use. China, India, and the US have all stated or signaled they will not support a crypto economy.