Can flying cars ‘take off’? 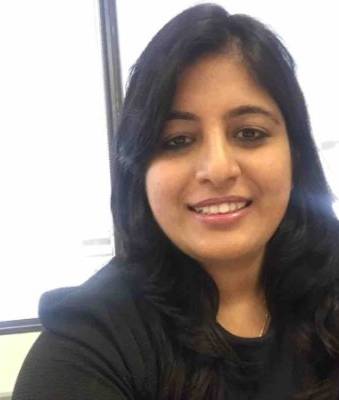 Pardon the skepticism, but it seems that today’s tech might be biting off more than it can chew. This week, for instance, the big news is Kitty Hawk’s flying car. But let’s step back a bit here. Self-driving cars, which were met with similar awe five years ago, are still nowhere near road ready. SpaceX is also facing similar obstacles. Sure, it’s great to dream big, but every mammoth ideas these days seems to get a bunch of press and then stumble for a number of years. That we hear a lot less about.

I agree that it will be a long way before we have flying cars or self driving cars or, how about, flying self driving cars! It's not really the point. 'Moonshots' have been around seemingly forever - a cure for cancer? Not only is it not going to happen it can't because nature simply won't allow it.

Without going too far down the philosophical rabbit hole, we need (as a society) to think BIG even if we know in our heart that the dream is unattainable. If, for no other reason, that to NOT do so is so darn depressing. Mind you, I'm NOT advocating quixotic quests, just a reasonable BHAG (Big Hairy Audacious Goal).

Self driving cars will become a reality some day - I suspect on a limited basis like on certain interstates. Flying cars will be a rich man's (or woman's) toy until a celebrity kills himself driving, er flying, one.

In the meantime, isn't it FUN to dream???

This has been the case since dawn of time, nothing new. Some of those ideas though, do manage to succeed, if not immediately, eventually.

Going back to cars, flying cars are impractical -at least- for this decade. Autonomous cars will be practical within a decade.

Flying cars, driver less cars, and SpaceX all have 2 common threads; regulation and long-embedded opposition. Flying cars share two regulatory paths; FAA & NTSB. These all before adoption is foretasted. Bill Gurley thinks that it will be 25 years before we have fully (no steering wheel) cars because of regulation in the US but China and India not only will have them sooner, they must have them sooner. Mashable did a good rundown on flying cars - and Kitty Hawk is not a flying car (maybe a hover craft?) since it only operates on water. SpaceX does not belong in this group because it is actually making a big dent in the the industry and has more legs than others, but it is not inventing new things, it is changing how an industry approaches cost where MM/Boeing/NG never had any motive because they got to write the NASA budget. SpaceX is making the satellite industry a more robust business where flying cars and driver less cars are creating solutions requiring consumer adoption.

You will sooner see a "dogcat" than a commercially successful flying car. Flying cars always make a great story. But, it will be many years until you see them in wide usage, if at all.

A flying car is a compromise both as an auto and as a plane. They just aren't as good as a vehicle specialized for road or air.

Plus, given 9/11, who wants more flying bombs available to terrorists?

Perhaps some day the risks can be eliminated by ultra-computerization, but meanwhile flying one would require a pilot's certificate, which isn't easy or cheap to get. Then there is the issue of where could they land? On a road? Not safe. So you end up with a car/plane that requires an airport. Hideously expensive and with horrible liability issues.

SpaceX is not in the same ballgame. SpaceX isn't going to land in your neighborhood.