Can a startup based on open source code be as disruptive as a close code?

Open code has advantages and drawbacks.
Can a disruptive and innovative startup be build using open source?
Can a patent be issue based on open source code?

Market disruption has little to nothing to do with technology or how it is implemented, UNLESS the market you are targeting to disrupt is a b2b technical market to which the source code and how it is written is core. In all other cases, technology is a feature that supports disruption, and the business model, design, and product and marketing strategy are all critical. Even with the exception noted above, it is still possible to disrupt in many cases based on the business model alone.

If you seriously are intent on disrupting, first make sure your product is solving the right problems for the right people. How you do it is not relevant, as long as nothing you do subverts your ability to price correctly, reach your market, or defend the novel elements of your business model.

I know this is high-level, but since you haven't provided any details about your solution, that's the best I can offer. Feel free to ping me for clarification or expansion of any of this.

Others have answered the patent question perfectly well.

Depends on what you are disrupting.

If you are disrupting how a particular piece of core software technology works - then Open Source, which requires you to republish the derivative work - makes such disruption harder.  Think about what Tivo had to do to build its video player on Open Source.  Essentially they had to build a generic video driver and storage using the open source stuff  - and publish that back.

THEN they had to build a separate device driver for video and storage completely from scratch with a different team that did not know or could look at the Open Source source code.  So that they could say "its not derivative so we don't have to republish"

OTOH, if you are disrupting something via business process-  say a building the next Uber - which is basically just a automated dispatch system - then none of what you are writing is "derivative" and hence you don't owe republishing the code.

So if you are looking to patent something that is based on the Open Source technology it self, you cannot.   That's the purpose of Open Source

IF otoh you are looking to patent say the idea of using big data analytics to determine what prices taxi passengers are willing to pay while keeping all your cars fully occupied, that you could use open source for and not have a problem with the patent since you are patenting your analytics, and not the code tool

IMHO it makes little difference if your code base is open source or more proprietary with regard to a product's potential disruptive value.
Indeed an open source CMS (such as Drupal) should significantly shorten development time.
A start-up's ability to be innovative or disruptive will come down to the unique features and novel approaches which the final product employs.
I would think that you would seek to patent actual innovations (for example unique algorithmic processes) rather than a generalised code base.

FWIW, WebPT is an example of a viable and successful business that was built around open source software.

Dear Karl Schulmeisters,
You got it! It is true that I MUST re-publish if I am developing new code based on open source BUT I am disrupting on the business model!
My solution creates a market by offering people something that they don't know they want it YET!
Global market with several monetization solutions, such as ads, big data, direct revenue and even e-commerce!

If you sell software in a traditional sense or even a SaaS concept of software sales, then building and basing your technology on open source will almost always mean a lower valuation for your company.  If, on the other hand, you use open source software and you are using that software to build a service that does not involved selling software (either on premise or SaaS), then it really doesn't matter. 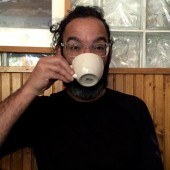 Yes! - WordPress is open source. Automattic is the company behind the project.
Check out their About page for a staggering statistic - monthly uniques are less than Google and more than Facebook.
RedHat also comes to mind.
source: http://automattic.com/about/

The best option, in my view, to be able to disrupt using open source is that you make the infrastructure open with a dual commercial and GPL license. At that point, whoever wants to contribute to it can do so from a GPL perspective and then you build your value-add on the accelerated infrastructure work.

This is, in essence, what companies such as Docker do: they accelerate the infrastructure development via Open Source and then they offer value-added solutions and services.

So, let's say you want to build a new HootSuite for example. If you make your infrastructure code O/S, people can look at it and contribute changes and/or security fixes and enhancements. Why would they do that? For a start, because getting your hands on code allows you to learn how things are done, which is attractive to most developers and also it allows your skills to be more visible, hence increasing the chances of a hire.
Once you publish your infrastructure code, then you can move on to add value through your services and custom code which is continuously  improved by the improvements in the underlying framework.
You might argue that some companies publish basically all of their source code and they only rely on services: that is true, but those are companies where the domain knowledge is key - such as NoSQL databases. In those cases, you really have no other option than refer to the originating company if you want a "perfect" consultancy on how to use the product.

It takes roughly the same amount of effort to write the code from a "closed source" API as from an open source one.

So if you want to leverage Open Source as your base say for the 25% of your idea that is disruptive here's what you need to do:

mostly this adds a bit of cost in the spec process and in the back and forth on the bugs in the 'black box".    But its not prohibitive.  You just have to be careful with the process.

you can always hire an outside consultant who has experience in doing this (like me :-) )  to help you in some of the crucial points

The terms of the "Open Source License" are much more relevant than the service or function. The open license could be as limited as Apple's BSD/darwin license (giving Apple all leverage over deciding what is and what is not open), or as binding as GPL v3.0 (taking away rights of derivative developers to withhold their source code).
Lets turn the question on it's head - why do you think GitHub, WordPress and RedHat/Ubuntu are NOT proof that open source businesses can be disruptive and profitable?
GitHub has disrupted the market for Version Control software, is partly open source, AND makes a solid profit running both free and paid hosting
WordPress is the number one CMS by volume, is completely open source, AND makes a bundle of money with their hosted services
RedHat and Ubuntu own the lions share of Linux installs, operate nearly 100% open source (and RedHat runs a LOT of other software under their banner like JBOSS), and they are quite profitable enterprises.