Bringing a cofounder onboard, how to award percentage ownership in a startup?

I just asked a resourceful contact to work with me on an idea. However, he has asked about what I (idea originator) brings to the whole project. That isn't a question you ask someone who has given you a chance to join something exciting. Well will give an answer. But I am challenged with what percentage of ownership he should be awarded based on his inputs? How do you determine the percentage split without hurting ego. what is the reasonable percentage to awardunder caution and the mind set that there will be seed round financing which might require further share ownership. Need education on this, help me.

First of all, ideas are cheap, action is expensive.
Unless as the idea generator you have also 1) validated the idea of the "busines problem" with the market, 2) vetted a process/product solution with users and spec'd it out (business plans, financial models, project deliverables/timelines, 4) built or managed the building of anything toward that spec, and/or 3) sold it to anyone, then the resourceful contact has a valid question.
When asking for people's time, especially people who are experienced and have a track record of building and growing something, it's not different than asking an investor for money.  If an investor doesn't want to invest because there is nothing more than an "idea", then neither does a "resourceful contact'.
That said, engage with the person as a partner, where you and he/she have complimentary skill sets, both of which are important and necessary to the early stage activities of the business you want to build, and it may be a beneficial relationship.
Not knowing more, an idea is at most worth the experience of having executed on one before, so 50/50 would be the best arrangement, IMHO.

There are many threads on this exact subject here on FD so take a look through those threads. Always a good idea to review existing threads before posting a new one.
"However, he has asked about what I (idea originator) brings to the whole project. That isn't a question you ask someone who has given you a chance to join something exciting."  Actually, this is a very appropriate question for him/her to ask and you should be concerned if they don't ask.  You want team members who ask tough questions and hold others accountable.  Investors will certainly ask.

Throw out a number that you would need to capitalize the company, say 100K.  Then you each put into the business the amount that you can.  Let's say its 60/40.  You put in 60k and he puts in 40k.  With cash there's no ego, no skills assessment, nada. 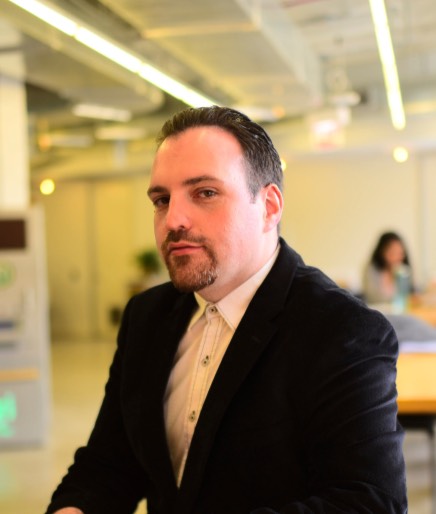 As others have already alluded to, execution is everything.  If this guy is as competent as you make him out to be then it's likely he was testing you.  How determined are you to ship a product and build a company?  Nothing is easy.  Make sure you don't just give him equity for joining, make him earn the equity.  Take a look at: http://www.slicingpie.com/ for samples of how to setup your company.
Partnerships are like marriages but without the love.  Heck you might even spend more time with your partner than your spouse.  Go into it knowing the statistics aren't good and that you need to protect yourself.

There are tons of discussions about this already http://members.founderdating.com/discuss/topic/Cofounder good to always do a search first.

As others said, this may be hard to bite but hiring a talented person to your team is more difficult than seeking investment. If you're having hard time justifying your own role in the company, perhaps you need to do some more ground work before you are ready to hire someone.

ADIL SAGHIR Looking for an investment in an online Global Medical Tourism marketplace.

Equity distribution is a big problem in India as well.Startup has become a fashionable word.Everyone wants to start a company,but there is a lot of committment,dedication and hard work required to build a successful company and you cannot build a great company unless you have a great cofounder ,so i am very sure Equity is a very important part here to discuss with your cofounder,but he/she will be well deserved to get that ,take some time to understand your cofounder ,his/her role in the company and then finally talk about Equity.