Best way of making a deck other than a powerpoint?

I'm building a deck for pitching my 3rd startup and I've grown tired of the powerpoint deck format. It's impersonal, unexpressive and doesn't get the full idea across. Most people tend to send a deck and then present it during the pitch meeting but I prefer to do a one-on-one pitch meeting with no aids other than a product demo. This makes the meeting more personal but also makes the content of the deck even more irrelevant since most likely it will only get scanned over once pre-meeting.
Has anyone had any experience in creating a non-powerpoint deck, maybe a video, a deck with a voice-over or something more expressive than just a set of slide? Would love to hear any feedback or advice on the subject.
Thanks,
Ahmad

Here is another link, this will work (the link I attached before isn't working):
http://prezi.com/ecalvjuo5jyk/piezotouch-inc/

I used Prezi in past with good results.

Prezi. Don't pay for it. It's free (at least when I was using it). You don't need to hire someone off of ODesk to create your deck. It's fairly intuitive, but not as easily navigated. There is a bit of learning curve there, but once you get the hang of it it's kind of fun.
Here's a deck I did which won a huge business plan competition:
<iframe src="http://prezi.com/embed/ecalvjuo5jyk/?bgcolor=ffffff&amp;lock_to_path=0&amp;autoplay=0&amp;autohide_ctrls=0&amp;features=undefined&amp;disabled_features=undefined" width="550" height="400" frameBorder="0"></iframe>
I hope that is embedded properly. If it doesn't work, and you're interested in seeing it, just let me know and I'll reattach in your inbox.

Take a look at http://www.powtoon.com/

Steve, don't mean to sound defensive but I've built 3 startups and raised money from both angels and VCs. Before that I was the Head of Bids at Nokia Siemens Networks and closed deals worth $2.5 billion in little over 2 years. My intention is not to brag but to explain to you that I very well know how to pitch and close people.
Now when it comes to asking for money for your startup, generally the steps are that you email your deck over, they look at it, decide if they want to meet you and then you meet them to present it. But here's the trick for any great entrepreneur: do your first pitch one-on-one without a deck. That way you'll connect with the investor on a personal level. Because at the end of the day most angels and VCs invest in the people as much as they do in the idea. The deck conveys an idea, but it's the entrepreneur that sells it.
In my case, powerpoint doesn't convey my ideas as well as I do and therefore I would prefer another tool. But that's just me. Maybe I just suck at powerpoint which is very possibly the case but I'm not the first person to passionately hate the software. Either way, what I'm trying to accomplish from this discussion is not so much to figure out if tools are important for the trade as much as what tools other than powerpoint may be more useful for me and possibly other entrepreneurs. One thing that's definitely sure though is that I started the discussion with open-mindedness searching for advice so any criticism and/or judgement is not appreciated.

Slideology. My guess is that you don't have the right graphics to express your idea clearly and succinctly enough. Wondering if the brand and messaging have been thoroughly worked through.
From what I saw from that prezi, the movie files did the heavy lifting (which of course can be placed in ppt). The rest was just diagonal and rotational transitions that did not add anything to the information being presented.
Use prezi to explain large ecosystems where you can intentionally move the users eye in and out and back and forth to get a better sense of the details within a bigger picture. Do not use it because you are tired of ppt transitions.

Dress Rush (which I'm not sure exists anymore) got a lot of attention when they did this http://dressrush.tumblr.com/post/12506021124/dressrush-online-pitch-deck 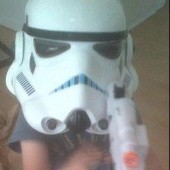 Another vote for Prezi.

Ahmad, I would look at using Prezi to give your presentations a new look. oDesk.com has a wealth of Prezi designers for very reasonable rates. I am getting my Investor Presentation done in Prezi for $200 or less. Hope this helps.