Are there online tools for non-coders to build apps?

I am a non-coder with many ideas (just as everyone else) for apps.  I have researched some online resources/tools for building apps: http://www.appypie.com and http://www.appsmoment.com.  Has anyone used these tools if so what were the pros and cons.  Are there any other sources/tools that are out there in which you can direct me too.
Regards

These sorts of tools have been around for eons. Back in the 1990s, computer telephone integration was the big thing, and there were a number of application generators that enabled non programmers to create interactive telephone applications. The main limitation of these tools is that flowcharts quickly become unwieldy. For example, in a mobile app you might want to filter results by distance from the current location, which can be expressed concisely in code but quickly results in a messy flow chart. As a result, these tools typically limit you to simple apps that do little more than grab a list of results from a server and update a list or map. That has its place, but it is difficult to add complex decision making logic to these apps. Unfortunately, developing native mobile apps is a lot more difficult than it should be. Handset developers should have provided direct support for a language like Python or Javascript, as they are easier to learn than C/C#. If you only need a fairly simple app, an appgen is worth looking at. Otherwise you'll need to get your hands dirty. It's also worth asking if you _really_ need a native mobile app. With responsive design, a web app will behave nicely on mobile, and can be updated whenever needed (whereas with native apps you have to push them out to the mobile stores, and deal with long delays due to Apple's censors). Brian

This is something I can chime in with quite deep insight. Online tools are great if you are learning. They really are. They are simple, effective and some are really quite good for starters. Then you want to delve, and you hit one limit after another: maybe what worked for a few hundred records does not work as well for thousands or millions. Or maybe a loop you are doing is taking too much time. If you know how to code, you can make educated guesses as to what is going on and try to fix it. If you do not know how to code, maybe all you see is it's slow - and you don't know why. Logic and analysis can go just so far - then you need knowledge. And when you do, that is when you are in trouble. Besides, most tools I know about that do this kind of thing either use PhoneGap (which you can learn yourself but that is a lot more difficult and subtle than most people think) or are available for Android only. Either way, you are left with something you don't know the insides of. Would you really want to risk your venture on something that you do not know the internal workings of? Would you risk demoing it to a customer to be told maybe two weeks in that its performance is below par because you have no idea of what it can and cannot do?

As a someone from tech background I tend to stay away from app generators and tools that promise "near-native" experience. In the end your end-user will have tens if not hundreds of apps on their phone and only a handful will be used. So, to answer your question and list some pros and cons of the app generators (these are very general and you have to evaluate whether they apply to the specific tools):
Possible pros:
Possible cons:
To me these tools mainly represent a way to test UI/UX concepts and ability to create quick prototypes but personally I would never build a production application on them.

While its not an appgen, its worth looking at kivy.org, this is an open source tool that enables developers to create mobile (and desktop) apps using Python, a wide used and easy to read programming language. You can also write once, run on multiple platforms. I've been looking at this for 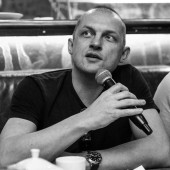 Totally agree with Brian. In most cases creating a responsive web app would be enough for MVP. If you really need a smartphone app you'd better hire someone to create it professionally. If you wand to do that cost-effective, you could hire someone from outside US. But still it won't be very cheap. My team in East Europe have created a number of such apps for startups in US, and the bottom line is between $20K and $30K on average. 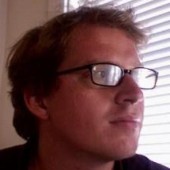 I'm of the opinion, shared widely in the Bay Area, that ideas are nice but 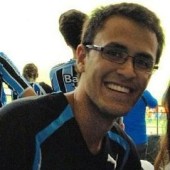 Hi Joshua, Depending on what you want to do, they can be useful. On the other hand, I have some reasons to believe that you can't reach a good result with this kind of 'app builders'. But if you want to make something really good, I really recommend you need to put your hands on code. Em ter, 29 de set de 2015 às 04:09, Joshua Cole < reply+dsc+3876@founderdating.com> escreveu:

Try adobe muse, it is not too hard to learn.

Kind of going along with everyone else to a degree.
I have a marketing background, so i am not a programmer, but have done a great deal of research in this.
Yes, there are plenty of tools to create a mobile apps in a short amount of time.
However, you will notice that a great deal of the quality mobile apps that are on the market and are successful have been programmed from scratch, not using online using mobile app dev tools.
That said, do not let that hinder you from temporarily creating something for the time being. Having a MVP or a working prototype at the very least is better than nothing. However to agree with Mikko, you will have limited access to API's and the creativity and customization features are minimal.
However, this is a popular place for innovators, creators or even myself to get stuck at. You want a nice app, but finding a developer that likes your idea or not even that but are open to committing time and are willing to partner up for equity is almost next to impossible these days. Possible, but the odds are slim.
That said, start networking like hell and in the mean time use an online tool to create a MVP or working/visual prototype.
I just got back from Dreamforce in San Francisco and the adobe tools are amazing, i would suggest going that route, but they are pricy. However, they can push everything created into iOS and Android native.
Hope this helps.