Are NDAs a waste of time?

Many VCs find it a turn off when you hit them with an NDA. I wonder if they are a waste of time during the initial phases of fundraising.

VCs will never sign an NDA.  They have too many conflicts and NDA's are lawsuit generators.  Don't waste your time even asking.  However, if you feel you need an NDA, because your ideas are close to a portfolio company, you should avoid that VC because they might take your idea to the competing company in their portfolio.  The good VCs won't see you in the first place if there's something competitive.  Bad ones will steal your things and bring it to their company.  Remember, if anyone from their firm is on the board of that competitor, they have a fiduciary duty to bring the info to that company.  Watch out!

Non-Disclosure Agreements (NDAs) are typically the first legal document shared between customers and suppliers. How your company manages NDAs will set the tone for the relationship. You know what they say about “good first impressions”. I am not a lawyer, and any changes in Non-Dislosure Agreements or policies should be reviewed by your legal department. I have however, been involved with hundreds of NDAs and many corporate legal departments. Following are 10 useful approaches I have learned along the way:

Read Your Own NDA: If you wouldn’t sign it, why would you expect others to? Conversely if you can honestly say to the supplier “I would sign my own NDA, with no issues”, that increases confidence and goodwill.

Avoid Groundhog Day: If the same sections of your NDA are constantly being flagged by the suppliers’ legal departments, have it reviewed by your lawyers. If you can be flexible in those areas, consider a permanent change to the wording. Why pay your lawyers to spend time reviewing the same supplier feedback, and offering the same concessions? Sounds like the definition of “insanity”, trying the same thing and expecting a different result. More than once I have heard: “let’s send our NDA as is, maybe the supplier won’t complain about those sections.” Is that any way to start a relationship?

Send Mutual NDAs: Insisting on using a "non-mutual" NDA, or hoping to sneak it by the suppliers’ legal department, causes cynicism and distrust. Purposefully risking a potentially important supplier relationship is self-destructive. Start with a mutual NDA. Both sides expect to be protected.

Employ the KISS Principle (Keep It Simple Stupid): The best NDAs manage to protect companies, without being overly long and complicated. Do you believe a solid, single page NDA is impossible without fine print? I recently reviewed an excellent example from a Fortune 500 company.

Don’t Pull the Trigger Too Soon: Set up a “safe room” in the office with no trade secrets or intellectual property in sight. Train employees on exactly what is and is not allowable to discuss with suppliers, if an NDA is not yet signed. Engage in exploratory, non-confidential information meetings or calls to make sure you want to move forward. A bit of supplier qualification up-front can save a lot of NDA paperwork.

Avoid the Battle of NDAs: It is fine for the customer in the relationship to at first push for their NDA to be used. There are many suppliers, usually the large corporations, which will not sign other company’s NDAs, or require weeks of internal review. In such a case be open to having your lawyer review the supplier’s mutual NDA. If it gets the green light consider signing it.

Willingness to Negotiate:Never start with a "take it or leave it approach". If some sections of your NDA are not acceptable to the supplier, be willing to have your lawyers review the proposed changes. At the very beginning of a relationship, it is especially important to show your company is open to dialogue. Try to understand what the concerns are.

Use E-Signatures: Utilize a reputable and legally valid web service for online document sending and signatures. The latest software keeps track of the many NDAs sent, and also speeds up the process of getting them back. Having to manually sign, scan, then use snail mail is inefficient.

Case of the Disappearing NDA: It shouldn't take a Private Investigator to find the NDA history. Centralize responsibility for: sending, receiving, tracking, renewing, revision level control, referring issues to the legal department, and filing the NDAs. Consider having a database available for employees to quickly check status.

It’s Not File and Forget: A signed NDA can sometimes provide a false sense of security. Information should still be shared on a need to know basis. In countries which do not protect intellectual property, strong supplier relationships, and document control, are the best defense. What they don’t know can’t come back to hurt you.

Since your question was whether NDAs are a waste of time and not whether you should ask VCs or other investors to sign NDAs, I'll answer the question another way.  I agree with others that the answer is, it depends.  VCs won't sign NDAs so its not worth asking them to.  However, in connection with a financing, investors (and their lawyers) will require that you represent that you protect your IP and that you enter into NDAs.  They want to make sure that you have protected your IP as part of their investment.  In order to protect trade secrets, you are required to use reasonable steps to maintain confidentiality of your trade secrets.  Reasonable measures include disclosing trade secrets when a confidential relationship has be created by contract such as with an NDA or confidentiality provision in another agreement.  So, if you are constantly disclosing trade secret information to others without entering into NDAs, then arguably you are not adequately protecting valuable company information and you won't be able to make a rep that you are.
Whether or not NDAs are enforceable (they are), or whether or not you will enforce them (you may choose not to, but don't you want the option?) is not the point.  NDA's are part of an IP protection program that investors and acquirers will expect, and disclosing confidential information to third parties who are not investors without NDAs will put your trade secrets at risk and cause valuation issues in a finacing or acquisition.  It's ironic that a VC won't sign and NDA, but will require that you have signed them everyone else with whom you do business.

Generally speaking, NDAs can be worse than waste of time - they can actually be damaging. Unless you genuinely have something to protect (and by that I mean something more than just an idea), then you really shouldn't be thinking about asking someone to sign one.

I examine the pitfalls in my blog from both an Investor perspective and an Entrepreneur perspective in An NDA or no NDA? That is the question

You'll probably be surprised to read that more often than not, I would advocate avoiding it altogether.

They are! It actually shows how inexperienced you are by using them early, if at all.

They are a waste of time both because most VCs won't sign them and because they are nearly impossible to enforce. The only enforcement avenue is a lawsuit, which the VCs can more readily afford to fight that you can, and the burden of proof is on you.
The Facebook case is an outlier, and the Winklevi were able to fight it only because they came from a wealthy family already. And they still only got a small fraction of the value of the company.
I'd also argue they are largely unnecessary. Most VCs and entrepreneurs are too busy pursuing their own ideas to steal other people's, and most ideas really aren't that special by themselves. Execution counts for a lot more.

If you cannot trust VC for your idea, do you think they will trust you for money they are investing in your co?

Idea is nothing, until and unless its executed well.... and if you doubt your VC, they will never be part of you. As such relation are along with alike minded

Yes. Don't waste time with NDAs for investors. Work only with reputable investors. Or File provisional patents or whatever else you need to do to protect you IP without an NDA. Sent from my iPad 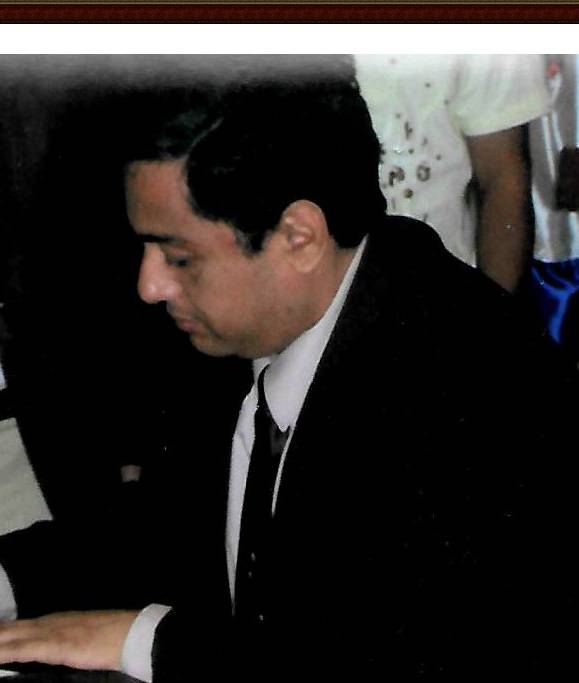 Legally many companies seek to protect themselves for a period of time so that their products, goods or services, the production process or technique, are not shared or fled, is a simple method of preventing a partner or employee from spoiling their inventions or Patents. The agreement should be two-way to favor not only one party but both, so it is important to reciprocal clauses to avoid penalties, damages or demands. Specifically do not waste your time if you have a long-term vision

Investors generally will not (and should not) not an NDA, at least until you are in deep due diligence and showing them highly sensitive information (code, contracts where you have committed not to disclose without an NDA, some employment agreements, etc.).
On the other hand, in many circumstances NDAs with vendors, customers, employees, etc. are appropriate from day one and should be part of your standard business policies.