Advisers: Do you always sign NDAs before helping startups?

I’m using some newfound free time to advise friends of friends’ companies. It’s exciting and I like the work but one thing that I’m starting to experience more (and dislike) is the glut of NDAs that I’m being asked to sign. I get that we’re all protective of our ideas, but I don’t want to be helping companies that are preoccupied by someone stealing their idea. I want them to already understand that the idea is really a small part of the equation, and that if they want to be advanced founders with true protection, then they need a patent (if their idea is patentable). I also don’t want to limit my future ability to speak with other companies. What is everyone’s approach to NDAs?

Olga, Glad you asked this one and I waited until there were some further answers. I'm going to have to disagree. I've been in leading edge technology since the 1970's - Boeing, Apple, Los Alamos Labs, Motorola, AMD, Crystal to name a few. I've also done multiple startups and turn arounds since the late 70's. Since 1998 - running contra to the Dot Bomb - we started a software engineering focused, off shore oil and gas company. Multiple patents later we are weathering just fine the downturn. We could not do it without our IP. NDAs are the first line of protection. We don't meet with ANYONE without an NDA. NDAs and IP protection are built into our contracts and service agreements.

You don;t need it until you have to prove with a lab book, sign in sheet or multual NDA that this was the time and date we discussed this proprietary topis. Also, I've been an expert witness on multiple IP cases. Without an NDA, you lose.

Yes, ALWAYS! If for no other reason than to help train the emerging company's management to be careful. Like Don, a career in emerging tech you want to ensure that when you say anything is private it should be held in confidence.

You future is not limited, especially if you disclose, "ah I think someone else is working on that." Trust me, no matter what it is, somone in this world is a best six-months behind you. Cover thy back-side with a MNDA.

The time for an NDA is when there is something private/proprietary. Ideas are unfortunately not proprietary. How to execute ideas may be. Usually when it gets to the stage of discussing finances, then that's private. And the NDA with a startup should be as simple as possible, something along the lines of "will not disclose any private information about the company without permission." It's not about non-compete or theft of intellectual property. If they think you may be a thief, you shouldn't be working with them.

I couldn't agree more. Good ideas are 10 a minute and if you think the IDEA is all it takes you've got another thing coming. That said - it's hard to argue against it so I just roll my eyes, say "yeah, yeah" and give them a short lecture on the 4 million other things they'll need to succeed ...

Never until I get to know them better. And after that, only if I'm doing significant paid work for them which requires an engagement letter. For all of those I talk to and mentor pro bono, I do not sign an NDA.

I agree that the desire to 'roll one's eyes' is sometimes hard to suppress and I have signed many an NDA. I think there's a perception that the entrepreneur is serious or detail oriented but the truth is I see it more as a sign of inexperience.

Frankly, I'd be flattered if someone thought enough of my idea to steal it! Pretty good validation. Then, of course, I'd crush them on execution!

Also, bear in mind that much like IP, your NDA is only as good as your ability to defend it so unless you have lawyers at your beck and call, good luck taking on Google.

FYI I have only heard of one instance where someone actually stole an idea (and they signed an NDA!) - Kozmo.com/UrbanFetch. That, of course, is from the .Bomb era so it's been a while... 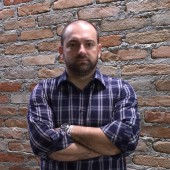 There is absolutely no reason at all to sign NDAs with startups just to hear ideas. Ideas are worthless unless there is execution associated with it, validation from the market and traction. I myself never signed such agreements and always refuse to do it since you might end up having troubles that could interfere in future business.